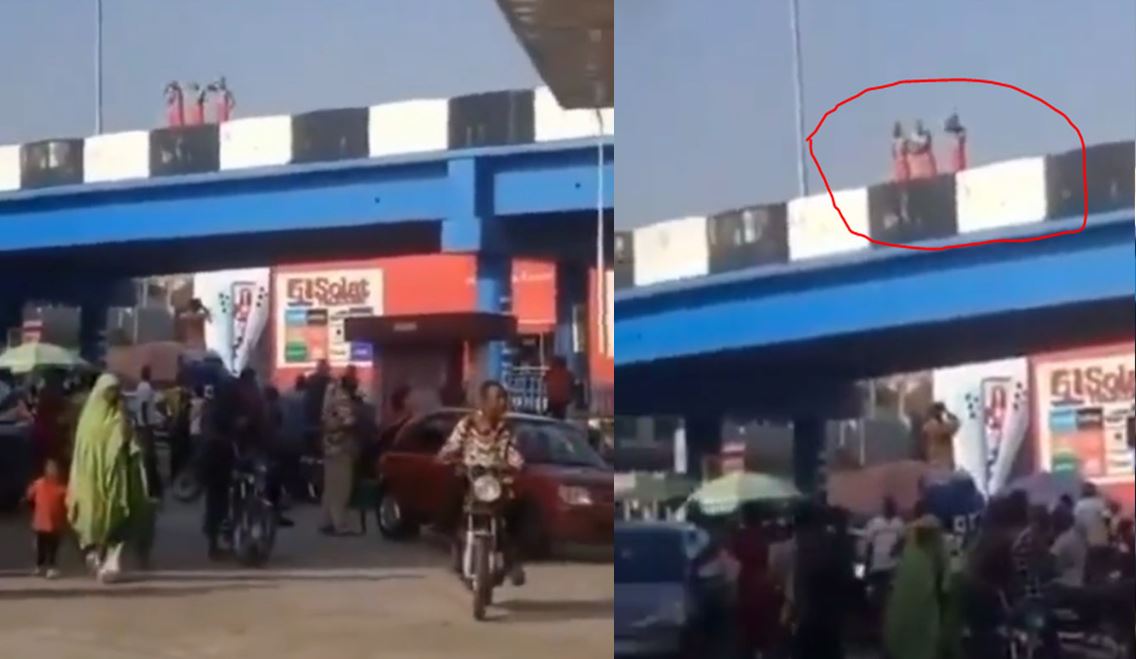 A video of the three young men who tied red cloths round their waists while taking their bath in Ibadan, the Oyo state capital, has also gone viral.

According to SaharaReporters, the family heads in Ibadan, popularly called Authentic Mogajis, have called on the Nigeria Police Force and Nigerian Army to investigate and arrest three men seen bathing on the popular Mokola roundabout flyover in broad daylight on Tuesday.

A video of the three young men who tied red cloths round their waists while taking their bath in Ibadan, the Oyo state capital, has also gone viral.

The three men were protected by a soldier as they bathed with soap.

Our correspondent reports that motorists deserted the flyover for some time while a crowd gathered to watch the men from afar.

Bathing at major junctions is noted to be popular among money ritualists.

But the Authentic Mogajis in Ibadanland, in a statement issued by its Spokesman, Wale Oladoja described the development as a disgusting and embarrassing situation that needs to be addressed.

The statement reads, “We know that we have lost the value of parenthood in Nigeria. Many parents have turned to children and children have taken the position of their parents. For how long can we continue to see good in evil?

“Taking bath on the Mokola flyover in our proud ancient city of Ibadanland is disgusting and embarrassing. We notice that the military man who stood by the ritualists on the flyover didn’t know the implications of his actions.

“We want the government of the state, the police and the Nigeria army to investigate and arrest those behind the unholy act. They must face the wrath of the law of the land. Ibadan is known for peace and we don’t want people to disrupt the peace.”