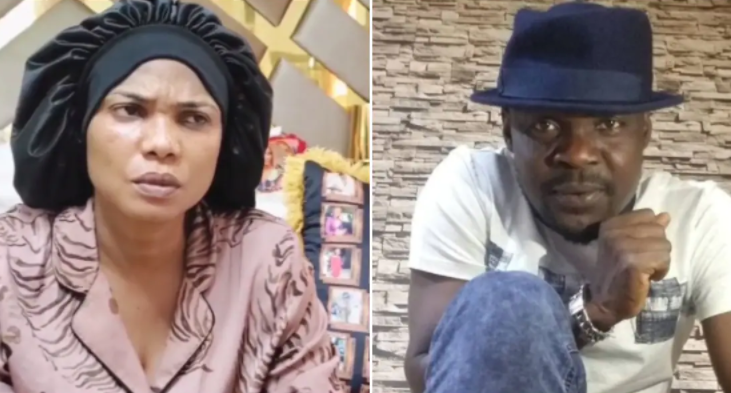 Nollywood actress, Iyabo Ojo has revealed in a new live video that she has seen a video in which embattled Nollywood actor Baba Ijesha was caught licking and assaulting his 14-year-old female victim.

She made the claim on Wednesday.

“You didn’t do proper investigation on the case and you are talking trash about the Baba Ijesha case….comedian princess is now in depression and you came and you are saying I malicious cyberbullied. Yomi I will bully you, you are mad. I don’t siregun (rodomontade) like you; when I was struggling and suffering, where were you? You are Mad Yomi!!! Your English will make you cry. If it was your daughter that baba ijesha was licking u and down ’cause I saw the video will you ask for evidence to be released….I am not like Toyin Abraham o. I am mad, I will face you cos I am a Mother!!!

“Yomi You fuck up, and you must admit it and if you are not careful I will make sure you don’t travel out of Nigeria ever again and I will blacklist you as an accomplice of rape…I am not on your level, all you rapists…and your children will be raped, all of you asking for the evidence video to be released…..Baba Ijesha is guilty!!!!

“He has confessed and admitted to the crime and you are here spilling rubbish and defending him…..Yomi Fabiyi I will deal with you.”