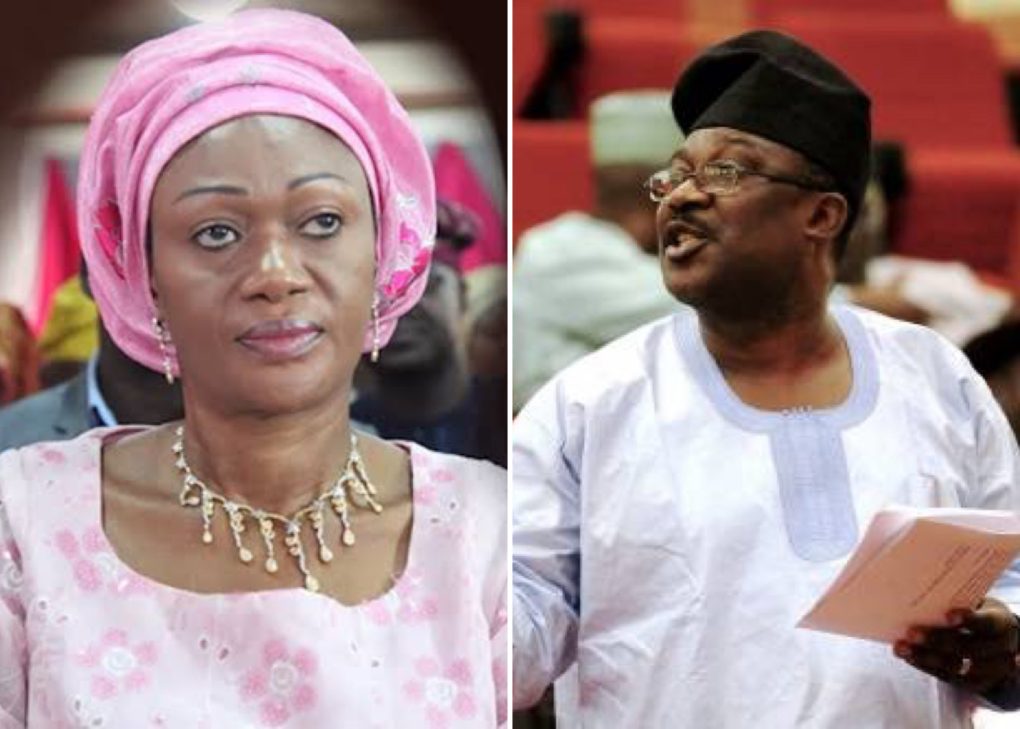 Tinubu tackled her colleague from Kogi West, Smart Adeyemi, over his comments on Nigeria’s security challenges.

The latter was contributing to a motion raised by Niger East Senator, Sani Musa, that Boko Haram has hoisted its flag in a Shiroro Local Government Area of the state. Adeyemi said it is time to put away politics and call out President Muhammadu Buhari over the growing cases of insecurity in Nigeria.

The lawmaker said the country is facing the worst instability since the civil war, adding that the security system has collapsed and innocent citizens are the receiving end.

However, Tinubu while Adeyemi was still expressing himself, interrupted and asked: “Are you in Peoples Democratic Party? Are you a wolf in sheep’s clothing?”

Reacting in a statement on Wednesday titled, ‘Killings: Buhari Presidency, APC Insensitive… Accuses APC Of Gagging Members’, the PDP lambasted the APC and Tinubu for trying to silence men of conscience from speaking the truth regardless of their political parties.

PDP spokesperson, Kola Ologbondiyan, said, “Our party has already been made aware of how the APC has been gaging its members from speaking out against the failure of the Buhari Presidency and the APC to tackle insecurity in our country.

“Nigerians are invited to note how APC Senator Smart Adeyemi, who dared to speak out against the failure of the Buhari Presidency on the floor of the Senate, was reminded by Senator Remi Tinubu that he, Senator Adeyemi, is not a member of the PDP and as such should not show concern to the ugly situation in our country.

“From the comment of Senator Tinubu, it is instructive to note that the APC and their leaders had turned their backs on Nigerians and that it is only the senators, members and other leaders elected on the platform of the PDP that are concerned about the plight of citizens at this critical time.”

The party also lamented the decision of the President, Major General Muhammadu Buhari (retd.), “to recede into the comfort and safety of Aso Presidential Villa and kept silent while the nation burns, had worsened the situation and emboldened terrorist elements to unleash more violence on our nation”.

The statement further read, “It is a mark of failure that the Buhari Presidency and the APC appears unconcerned as terrorists and bandits take control of various parts of our country and even hoisted their flags in Shiroro, Niger state, a distance of about 200 kilometres to our Federal Capital Territory Abuja.

“The Buhari Presidency and the APC appear unperturbed and are only interested in their 2023 power grabbing plot while terrorists are having a field day plundering and murdering our compatriots on daily basis.”

“Our party urges Nigerians not to resign to fear and despondency but brace up and work together as a people in the defence of our nation as the Buhari Presidency and the APC have shown that they are not committed to the security and wellbeing of our nation,” the PDP stated.