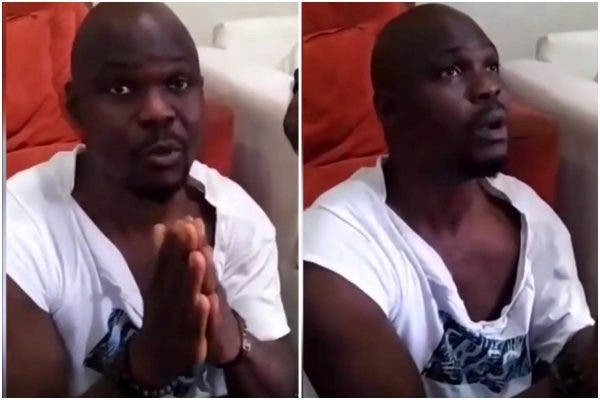 A Nollywood actor, Baba Ijesha has been seen in a video begging some people after allegedly caught molesting a minor.

It was alleged that he was begging in the after he was allegedly caught molesting a 14 year-old girl.

However, the police has said there is no video of him caught in the act.