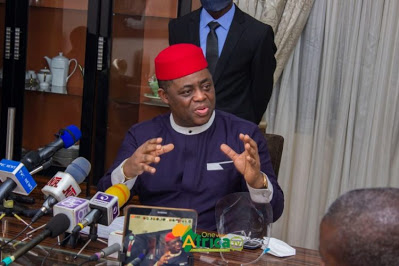 Femi Fani-Kayode, former Aviation minister has blasted the Miyetti Allah Cattle Breeders Association of Nigeria, MACBAN, for threatening to launch attacks in the Southeast over the alleged killing of its members residing in the region.

Recall that the group through its National Secretary, Engr. Saleh Alhassan, in a statement on Thursday, vowed that Nnamdi Kanu and the members of the Indigenous People of Biafra, IPOB “will pay dearly for the mindless massacre” of not less than 50 herdsmen recently.

The human rights lawyer, Fani-Kayode while reacting to the statement credited to Miyetti Allah described the threat as disgusting, stressing that the fight would be different from the 1967 civil war, saying the Igbos are not alone in this.

According to him, “Disgusted that Miyetti Allah threatened the lives of Igbos. This is not the way forward and does not augur well for peace, unity and national reconciliation.

“If you want peace reign in the killer herdsmen”.