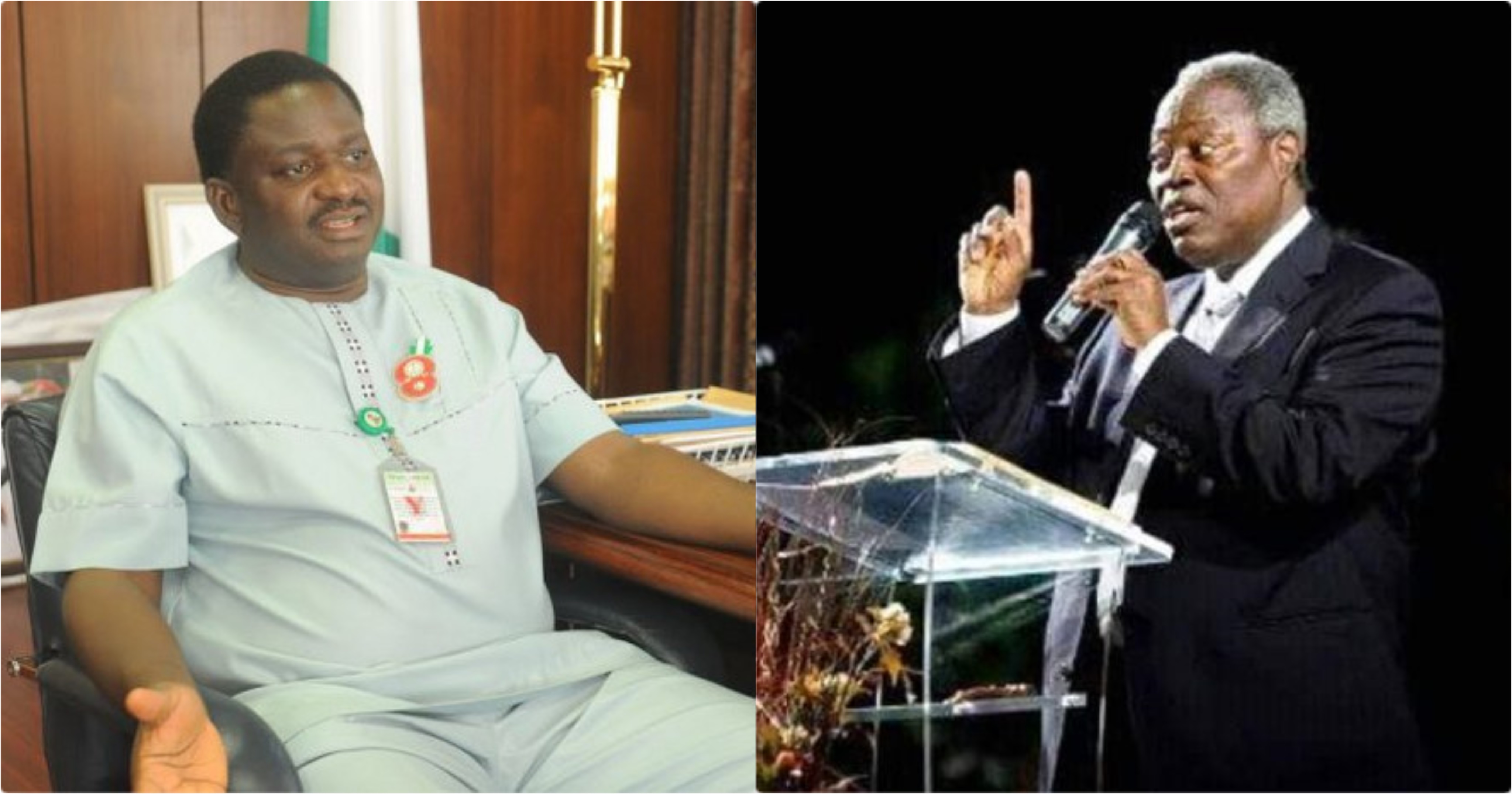 You rarely hear his voice in public when it comes to secular or controversial issues.A bruised reed shall he not break, and the smoking flax shall he not quench. He just faces the work he is doing, and how very well he does it. Gently.

But early this week, Pastor William Folorunsho (popularly known as WF) Kumuyi came out to speak. He addressed the media as part of a weeklong crusade titled ‘Soaring Above,’ holding electronically in Abuja and the 19 northern states.

What did the simple, self-effacing man say? A lot, which can be distilled into the following points:

*Nigeria is down today, faced by many challenges, but it can still fly again, if only the people can stop hate, killing and divisive utterances.

*God is still interested in Nigeria, but we must eschew utterances that could damage the expected change.

*Don’t give up on Nigeria, but believe things will get better with focus on God.

*Love one another and use resources God has blessed the nation with, for the good of the people.

The former university don-turned-preacher declared: “I believe that we will fly again. Things are going to turnaround. We are praying and if we are praying and criticizing, we have hatred for one another, in that environment prayer cannot work in an optimal and maximal way. But if we understand and stop identifying; this person is my enemy and problem, that tribe is the problem, and if we stop all that and just look up to God, and love one another,” then the expected change will come.

What deep, penetrating words from the former Mathematics teacher, who heads one of the largest Pentecostal churches in the country. And how perspicacious, encouraging, comforting, unlike the things we hear from some pulpits, organizations, and preachers today. Those ones have become veritable parts of the problems of the country.

But permit me to digress a little, and we will then return to the subject matter. In October 2018, we had invited Pastor Kumuyi to speak at the Aso Villa chapel to commemorate the Independence anniversary of the country. He came, with his wife. He declared the gospel in his usual simple but powerful way. It was truly a divine visitation for us.

It was my duty to speak to President Muhammadu Buhari that Pastor Kumuyi was in town, and could he please receive him in a courtesy visit? I did, and while I was trying to tell the President who the impending visitor was, the man amazed me when he said: “I know him very well. Is he not the mathematician?”

I was amazed. What else does this President know, that people don’t know about? He received Pastor Kumuyi and his wife in the residence the next day, and it was such an endearing session, concluded with prayers. Bigot? Those who say so should look for another person. Not the Buhari that I know.

Back to Kumuyi and the state of the nation. Nigeria can fly again. There will be a turnaround. But that’s not what we hear from most preachers today. They talk of doomsday, encourage their members to hate the country and its leadership, give negative prophecies that keep falling flat on their faces, because “God is still interested in Nigeria,” as Pastor Kumuyi said.

Do those other preachers read copies of the Holy Bible different from the one Kumuyi reads? I wonder. Why are they then full of bile and ill will against their country and the leadership? Was it because the sluice gate got closed? Did money stop flowing to them unlike in the recent past? Why do they exhibit such hatred, and make outlandish claims in the name of God? Why don’t they preach hope, but rather provoke their members to hate? There are questions to answer on the Last Day. Judgment will truly begin from the household of God.

Stop hate, killing, use of divisive utterances, Kumuyi said. You hear incendiary utterances all over the place today. On radio, television, social media, and even from the pulpit. All these eventually boil over, and lead to wanton killings.

Don’t give up on Nigeria, but believe things will get better, the preacher also said. He asked all and sundry to focus on God, and not say this or that ethnic group is the problem. Really? That is not what they tell us from some pulpits. The gospel of man, as opposed to the gospel of God.

When we have hatred for one another, Kumuyi submits, prayer cannot work in an optimal and maximal way. Bullseye. But that is not what some others tell members of their flock. They encourage hatred, dissenting and civil disobedience. During the last EndSARS campaign, many preachers were seen, egging the protesters on, and giving them tacit support. And when anarchy flared, those preachers went underground. Not a word did you hear from them, suing for peace and end to bloodshed and destruction.

Nigeria has severe security challenges. It’s like hell has opened against the country, and foul creatures, evil through and through, have been unleashed against the land. But have we ever seen darkness overcome light, and evil hold sway over good? No, and never. We shall overcome. Nigeria shall fly again.

Let us listen to Kumuyi. Let’s hearken to his words. Paul the Apostle said: “Be ye followers of me, even as I am also of Christ.” (1 Corinthians 11:1). Nigeria shall indeed fly again. But me must first renounce hatred, from the churches, mosques, media houses, everywhere.

*Adesina is Special Adviser to President Buhari on Media and Publicity