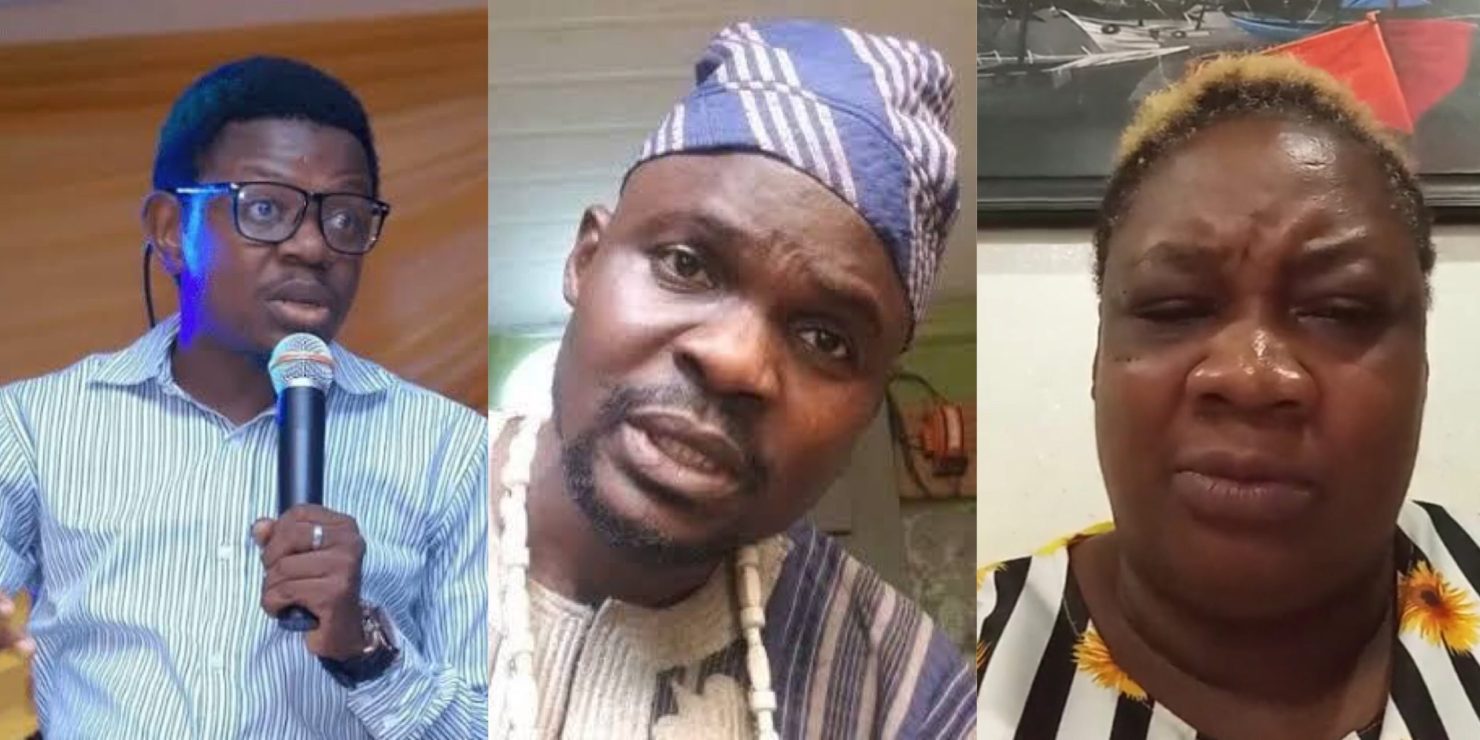 Comedian Baba De Baba has mocked comedienne and actress, Princess over the rape case involving her foster daughter who is a minor.

The comedian in his Instagram post, said he knew the case will amount to nothing when he heard his colleague say “I fixed CCTV”.

Baba De Baba stated that since the minor began doing badly in her academics after being assaulted by Baba Ijesha, Princess wanted the trauma to damage her (minor) brain by installing a CCTV.

The comedian who maintained that the comedienne mentioning “CCTV” meant “she wants to show us penetration, sucking and pressing of breast since its a rape case”, said he knew there was nothing in the CCTV footage after Princess refused to release it.

I’m not here to defend rape but let’s say the truth the way it.

She claimed the child has been doing badly in academics due to the rape trauma since she was 7 and there was no police report.

Now she is 14 and you want to catch the rapist red handed by setting up a CCTV camera and inviting him over to rape the child again so that the trauma will damage her brain finally and she won’t know book again for life because na the first rape make the pikin dull for school.

My reason is that she claimed he invited him over to catch him rape the girl and I knew she won’t have the patients to wait longer for him to finger the girl let alone inserting his thing hence there will be no evidence..

How did she plan it with her?
Did she tell her ” I’m inviting Baba Ijesha to come and rape you again. Make sure you seat around here because this is where the CCTV is covering and allow him rape u well so that we can have evidence”?.

All these feminists and their rape drama sef…

Baba De Baba also mocked another “man” who he claimed said he married his wife as a virgin, but later accused a Pastor of raping his wife three times.

I know the law is not a feminist neither is it sentimental.