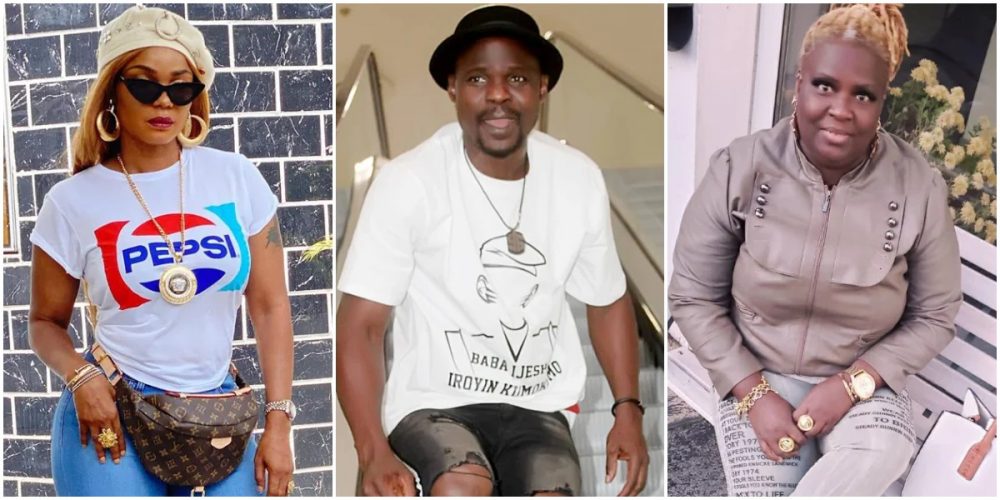 Iyabo Ojo, the popular Nigerian actress, has slammed her senior colleague, Bukky Black, who last night came out to defend actor, Baba Ijesha, who has been accused of raping a minor.

In a video posted online on Friday night April 30, Bukky Black believes Ijesha isn’t guilty of the said crime. According to her ‘the Baba Ijesha’ she knows isn’t capable of doing such as he has always been shy around women.

The veteran Actress who spoke in Yoruba also placed a curse on people who kick others when they are down. She said that Ijesha who is being accused of a crime he committed 7 years ago without evidence, was set up 7 years later because he got popular in the movie industry.

Reacting to Bukky Black’s stance, Iyabo described her as a disgrace to women and motherhood.

“Is you ear paining you? Did you not hear his confession where they were telling him he did it years ago and he came back to do it again claiming the world is working against him.

“Your grandchild should be taken away from you because you are telling me that if someone you know that you love passionately should assault your granddaughter and she comes to you and say Grandma this person assaulted me, you will tell her to shut up and look away because that person that committed that crime is somebody you love so much.”

READ  After going into seclusion for 7 days in Osun, Ooni of Ife, reveals himself (photos)
(Visited 12 times, 1 visits today)