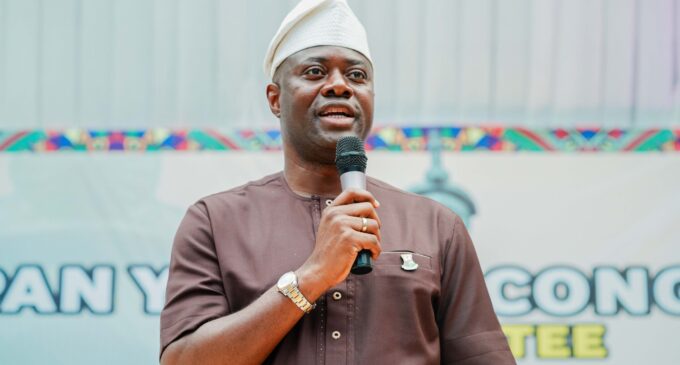 The Executive Governor of Oyo State, Seyi Makinde has stated that his administration will not allow agents of religious disharmony in the state.

This was stated by the governor at a special Iftar (breaking of fast) programme where he hosted Muslim leaders.

Makinde said he will not discriminate among adherents of the different religions in the state.

He said those with the intention of causing religious disharmony should spare the state of their unpatriotic acts.

“We want to thank God for sparing our lives till this very moment. I also want to appreciate God because there is religious harmony in our state, which I believe is the will of God,” he said.

“So, if some people are going to other states to stoke the fires of religious disharmony, the moment they get to Oyo State to cause confusion, please ask them to go elsewhere.

“Secondly, I want us to go home with something tonight. During the electioneering campaign, there was nowhere or no part of the state that we did not touch.

“We went to churches, mosques. And there was no local government area(s) in the state that we went to that we did not meet the Christian and Muslim communities.

“We assured the people then that religious discrimination would not be noticed in our government. I also pledged that we would treat everybody equally irrespective of their religious or political inclinations and that is exactly what we have been doing in this government.”

The governor assured the congregation that his administration will continue to host Ramadan Iftar for the Muslims in the state, urging them to pray to God to continue His good deeds to the state.

READ  South South Will Vote For Atiku In 2019 — Clark Declares

“For the remaining years in this tenure, I want to assure you that we won’t change the ways we have been doing our things,” he said.

“We still have two Ramadan events to observe together. So, let us continue to pray to God to continue His good deeds in our lives. And my prayer is that we will all gather here to witness the next Ramadan and that of year 2023. But that of 2024 is in the hands of God.”