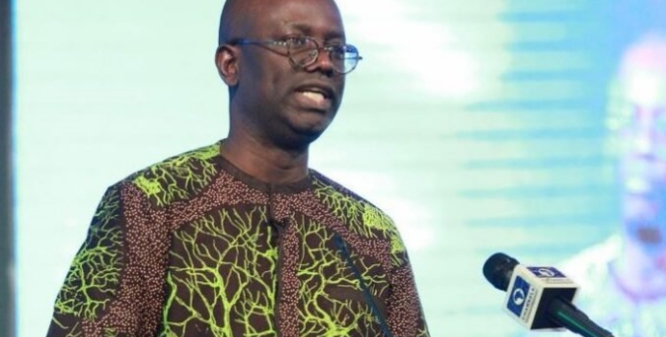 Chairman of THISDAY editorial board, Olusegun Adeniyi has stated that devolution of power is not the solution to Nigeria’s problems.

According to Adeniyi, for it to be effective, devolution of power must come with accountability at all levels especially at the local government where administration “has been castrated”.

This was stated by the Chairman of THISDAY editorial board, Adeniyi while speaking at ‘The Platform’, an annual programme organised by Covenant Christian Centre, which was held in Lagos on Saturday.

Adeniyi added that from past experience, closer government does not necessarily translate to better governance.

“Today, there is hardly anybody in our country who is not angry about the situation in which we find ourselves. But nobody is accepting responsibility because the other person or the other ethnic group is to blame,” he said.

“The system is not working for the great majority of our people and pressure is gradually coming home to bite everyone. In this constitutional debate, the preponderance of opinion is that power should be devolved to the six geopolitical zones under an arrangement that resembles what obtained during the first republic.

“While I see a lot of merit in this argument, to achieve that would take serious efforts. The problem of Nigeria goes beyond the constitution that has become a convenient excuse for everything that ails us…it goes to the nature of leadership and its recruitment process.

“Let us be honest, as much as many people clamour for devolution of powers, there are also fears that these powers could be misused by those who do not believe in accountability. The fears are not misplaced.

“Devolution is a means to an end, not an end in itself. And for it to serve this instrumental value adequately, it has to be complemented by other things: capacity for effective governance by officials at the local level, presence of mechanisms for checks and balances, and more importantly, capacity of the local people to hold the officials to account.

“We must devolve powers across genders and age groups, mainstreaming their concerns while amplifying their voices. All the critical stakeholders must be brought to the table.”

Adeniyi lamented that accountability diminishes “as you move away from Abuja to the states”, evident in how state assemblies “merely rubberstamp whatever the governors want.”

“In the state we find ourselves in Nigeria today, the search for alternatives is legitimate if done in the spirit of seeking a more perfect union. But every political or governance experiment, even those safeguarded by rigid constitutions, should be seen as constant works in progress,” he said.