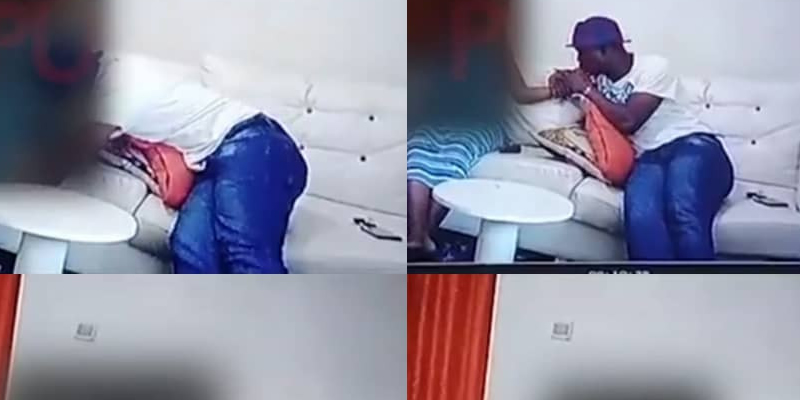 The actor, who is in police custody was captured in the video kissing and fondling sensitive parts of the body of the female minor.

In the video that was released by The PUNCH, Baba Ijesha was seen licking the fingers on the left hand of the victim and caressing the minor’s legs and thighs with his left hand.

The Yoruba actor went further by kissing the minor’s arm, hugging and caressing her body as they sat on the sofa.

However, the victim, who was uncomfortable by Baba Ijesha’s advances, quickly disentangled herself from the actor’s grip.

Watch the horrific video below:

READ  Graphic photos: Man Arrested With Fresh Head Of A Child At Uganda Parliament, Says It’s A Gift For The Speaker
Share this Post[?]