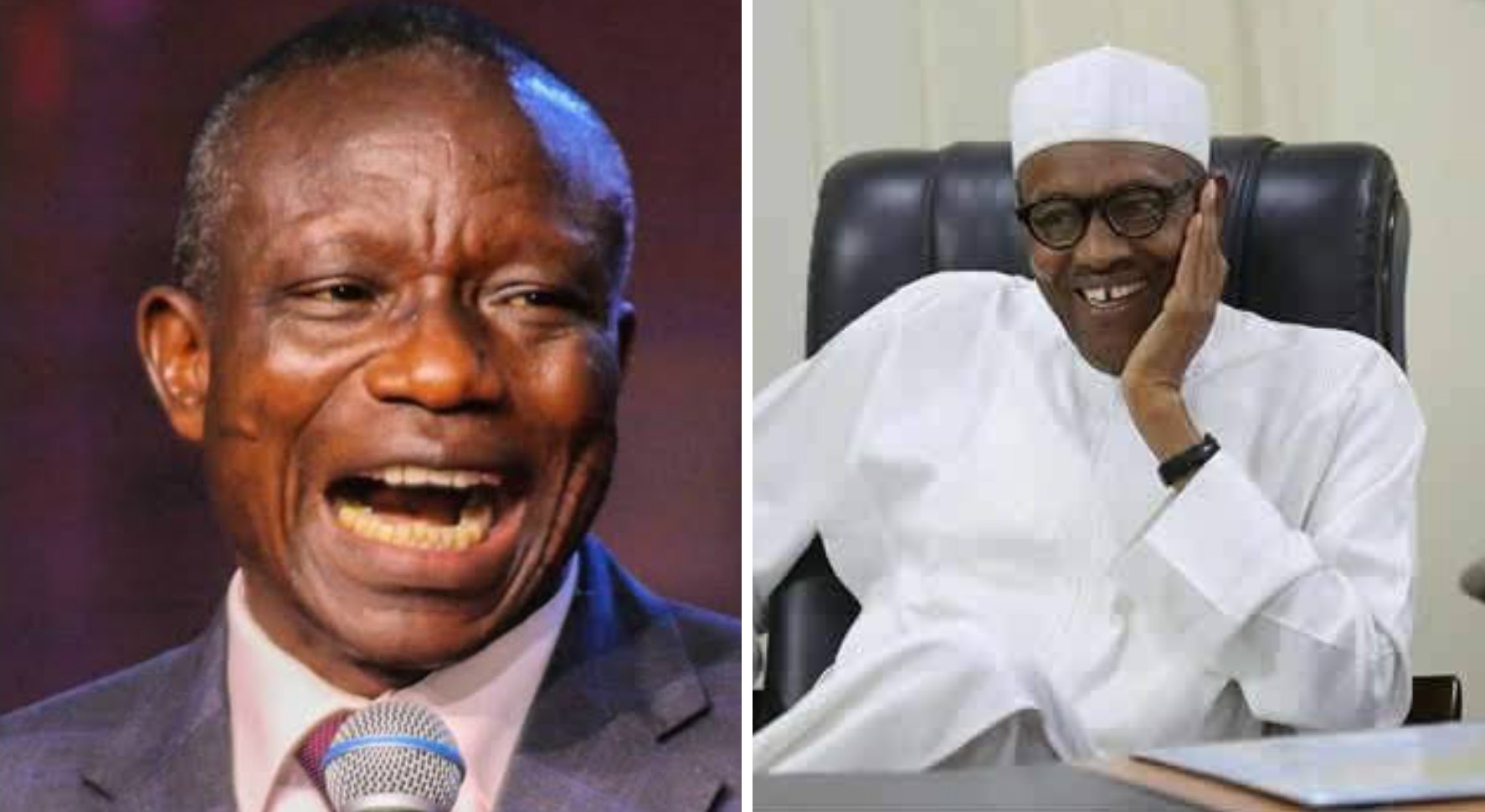 He said he has started praying God should remove him for Nigeria to experience peace.

Nigeria, he said, was bleeding and under siege, attributing the situation to failures of the current administration.

He said even during the civil war, Nigeria didn’t witness as much killings, saying unlike then when only the East was boiling, all parts of the country are reeling with attacks.

Oke, who is also the presiding Bishop of The Sword of the Spirit Ministries, Ibadan, called for the removal of the President if that would pave way for desired peace in the country.

He spoke at his church’s vigil at the auditorium of the Precious Cornerstone University (PCU), Garden of Victory, Ibadan.

He said: “In the 1960s when Nigeria fought civil war, Eastern part of the nation was the theatre of war.

“Sadly today, everywhere in Nigeria is theater of war with much killings and bloodshed going on in the country every day.”

He added it was a shame that government couldn’t do anything when gunmen invaded Greenfield Private University in Kaduna and abducted students.

According to him: “Some wicked people kidnapped some students and demanded N800m for their release; they killed them.

“The government could not lift a finger and you are telling me that the President has not failed? Buhari has failed!”

“For the first time, I have found myself praying that God should remove Buhari. They kidnapped students without the government doing anything and you are telling me that the government has not failed?

“Are you saying we can not move against an incompetent government whose security apparatus has collapsed?”

He added: ” I am not afraid of anybody. I am not! I am the prophet of the Most High, He watches over me. No bullet of the enemy can kill me; I can’t die in the hands of a man.”

Oke accused the Buhari’s administration of treating killer herdsmen who have been holding the nation to ransom with kid gloves.

He said: “Fulani,a tribe less than ten percent, troubling the whole nation. God will trouble them and when the table turns against the Fulanis, they will be consumed to the roots.”

Leading the congregation, Oke prayed: “We invoke the judgment of God on these people. Oh arrow of the Lord,we release against them. Sword of the Lord,cut them off.

“Give us peace by all means even if it means removing an incompetent and a failed President.

“Oh God, do it quickly and give us peace by all means. Give us a quick and rapid change at the top level of government of Nigeria.

“Father, anybody standing in the way of your glorious agenda for Nigeria,clear them out; father,we decree and command, the breaking of a new and glorious day for Nigeria.”