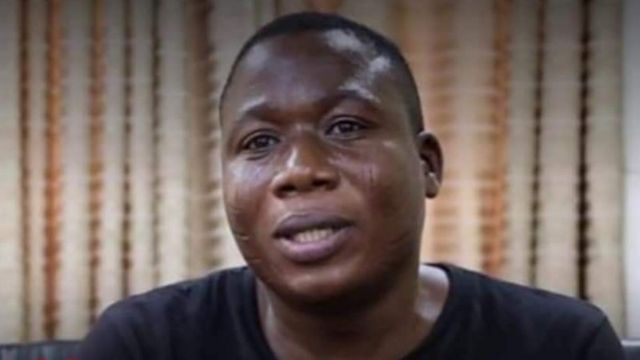 Acclaimed Yoruba activist, Chief Sunday Adeyemo (Aka Sunday Igboho) has said men and officers of the Nigeria Police Force from Yoruba land are with him and other Yoruba nation apologists.

This is coming hours after the police accused the Yoruba nation promoter of attacking its officers during a rally in abeokuta, the Ogun State capital on Sunday.

In a statement by his media aide, Olayomi Koiki, on his social media handle, Sunday Igboho said they will never fight Yoruba policemen.

Igboho directed all true Yoruba indigenes not to fight the police.

However, he reechoed that “we do not want the Nigerian government anymore.”

The statement read: “All the Yoruba police are behind us. We will never fight them. “If you are a true Yoruba, don’t fight with the police, because they are not fighting (us).”

“We do not want the Nigerian government anymore,” he said.