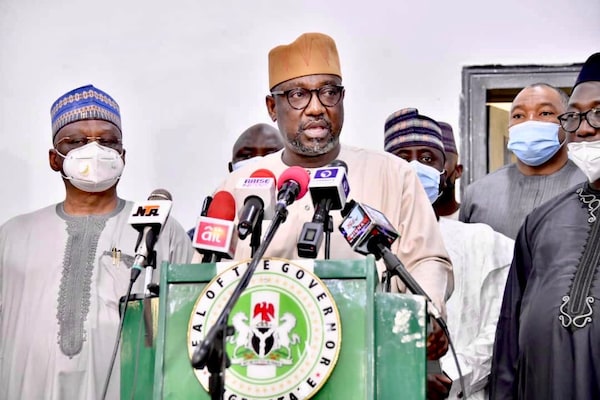 The Niger State Governor, Abubakar Sani Bello, has debunked a video circulating on social media alleging that Boko Haram terrorists are forcefully converting people to Islam in the state.

The video was shared by many handles on Twitter including a former Minister of Aviation, Femi Fani-Kayode, who said it happened in territories captured by Boko Haram in Niger State.

“Boko Haram and ISWA forcefully converting people to Islam in the parts of Niger state that they have captured, conquered, occupied and flown their flag. This is happening just two hours from Abuja! I warned you!” Fani-Kayode had tweeted on Sunday.

But Governor Bello said it is an old video that didn’t originate from Nigeria, talk more of Niger State.

“This widely shared video on social media is totally misleading and the work of those who wish to see the country up in flames. This video is an old video that does NOT even originate from Nigeria, talk more of Niger State.

“As citizens, we should rather use our vantage position to complement the peace efforts of the government than spread fake news, cause disunity, raise unnecessary alarm capable of causing disaffection among the peace-loving people of Niger State and Nigeria at large,” he tweeted.