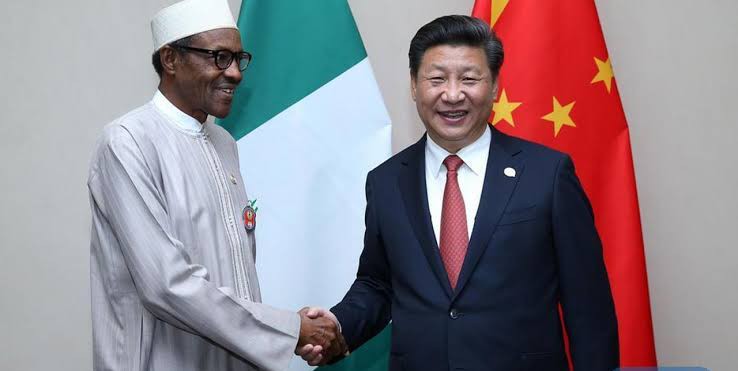 The Debt Management Office (DMO) had put Nigeria’s total loan obligations to China at $3.714 billion by the end of 2020.

According to a document obtained from the debt agency, $449.89 million has been repaid from the principal and $391.66 million, as interest, with an outstanding of $3.264 billion to the China Export/Import Bank.

The Nigerian Railway Modernisation Project (Lagos – Ibadan section) loan of $1. 267 billion which was contracted on August 18, 2017, stood out as the single largest facility from the Chinese to the country.

It has a 2.5 per cent interest rate and a grace period of seven years and a tenor of 20 years, thereby maturing in September 2037.

The series of loans started with the Nigerian-Communications-Satellite (NIGCOMSAT) $200 million facility, which was signed on January 12, 2006, with 3 per cent and a grace period of five years.

The NICOMSAT loan with a maturity date of June 29, 2018, has been fully repaid.

The country also took a $399.5 million loan in 2012 for the National Public Security Communication System Project with 2.5 per cent interest.

This has a grace period of seven years and 20-year tenor and will mature on September 21, 2030.

It has been fully drawn down, with an outstanding payment of $384.62 million.

The Abuja Light Rail Project loan of $500 million was contracted in 2012 with similar terms of 2.5 per cent interest rate, a grace period of seven years and a tenor of 20 years.

The document revealed that four facilities have not been drawn down.

These four include the $325.67 million 40 Parboiled Rice Processing Plants Project; and the $157 million Nigeria Supply of Rolling Stocks and Depot Equipment for Abuja Light Rail Project.

It should be noted that two of the projects- Security Communication and Abuja Light Rail have been in comatose even as interests and service fees were being paid.