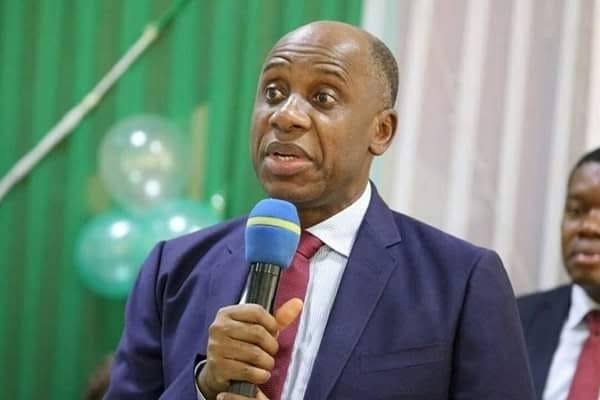 An audio recording has emerged of Nigeria’s Minister of Transportation, Rotimi Amaechi, allegedly admitting that President Muhammadu Buhari has always ordered the CBN to keep printing money since 2015.

In an interview with journalists prior to the 2019 general election, Amaechi also disclosed that they swore an oath never to publicly admit to Nigerians that the government was on a printing spree of the national currency.

“And most of you didn’t know at the time we took over, most Nigerians don’t even know because we have sworn to an oath not to tell anybody we were printing money,” Amaechi could be heard saying in the audio obtained by PeoplesGazette.

“Do you know when a country prints money? When it has no money at all,” he said. “We were just printing money to pay debt.”