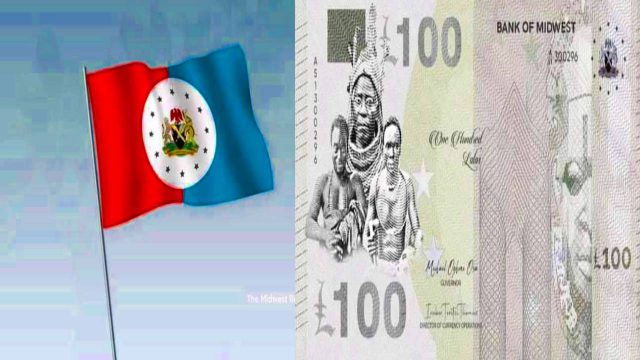 Following the high level of insecurity in the country, report has it that the people of Middle-Belt has reportedly released their own Country’s Flag, Currency and Coat of Arm.

This was coming after series of attacks where carried out by the Unknown Gunmen.

See Also: Getting Killed by Bandits Is a Sure Way to Paradise — Islamic Cleric

However, The present administration is currently doing it best tackle insecurity in every part of the country.

Recalls, The present administration however urged Nigerians not to give up on the country. READ  President Buhari With Dangote In Washington As He Prepares To Meet Donald Trump
Share this Post[?]