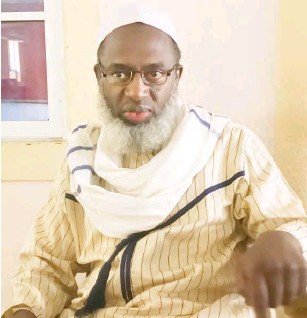 Kaduna-based Islamic scholar, Shiekh Abubakar Ahmad Gumi has disclosed that bandits use proceeds from kidnapping to purchase arms and their settle informants.

The controversial cleric also stated that Nigerian elites and government officials were not behind the activities of bandits in the north despite a repentant bandit claiming that they have the backing of the federal government in a viral video.

Sheikh Gumi told Daily Post in an interview that bandits are now independent and not being influenced or sponsored by anyone.

He said: “That was a small metamorphosis in the process, but now the bulk of the money they collect is used to buy weapons. Bandits are independent now, and nobody influences them. In fact, they buy informants now, and they are fighting an ethnic war which makes it easier because they are not fighting for ideology.”

He also dismissed insinuations that Nigeria security issues is so bad that the country would be paralyzed.

“There is a high state of insecurity, but it has not reached the state where it will paralyze Nigeria. We still travel around despite more frequent and sporadic attacks.

“The issue has not got to the stage of paralyzing Nigeria. The active people involved are few, and I do not think they are more than 10, 000 actively engaged in kidnapping among the herdsmen,” he said.

“Government should do the right thing, and honestly speaking, Nigerians have to swallow these bitter pills which is getting these people on a table and set in place a machinery to rehabilitate them,” Gumi added.

READ  IPOB Warn Miyetti Allah To Stay Away From Igbo Land, Describes Them As ‘Bloodsuckers’
Share this Post[?]