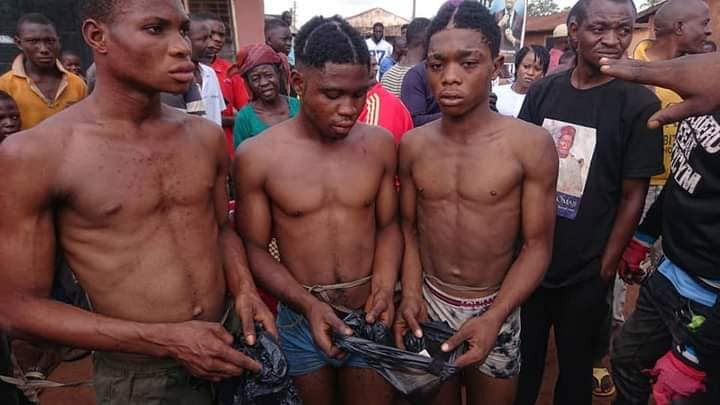 The youths were nabbed by members of Zone HB community on Monday, May 3, and handed over to the president of an NGO, Comrade Chris Ogah, who in turn handed them to the police for prosecution.

According to report, the young men were caught having sex during the birthday party of one of them identified as David, 18.