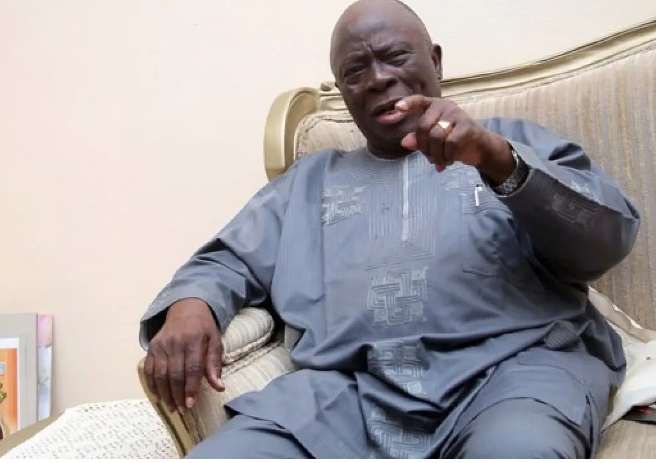 Leader of Afenifere, a Yoruba socio-cultural group, Ayo Adebanjo has discarded the presidency’s claim of a plot to overthrow President Muhammadu Buhari.

Recall that the presidential spokesperson, Femi Adesina had stated that some political and religious leaders were working with external forces to overthrow the President.

This development came hours after the Department of State Services (DSS) warned that there are plans by some people to throw the country into anarchy.

Adesina had also said there is “unimpeachable evidence” of a plan to recruit leaders of some ethnic groups and politicians to pass a vote of no confidence in Buhari.

Reacting in an interview with PUNCH on Thursday, Adebanjo said his group and others in the south are only after the peaceful restructuring of Nigeria.

He said there is little confidence in the president, hence there is no point passing a vote of no confidence.

“That is not the issue. The main thing is to restructure the country back to federalism and forget all these gossips by Adesina. We don’t have to pass a vote of no confidence for the world to know we don’t have any confidence in Buhari.

“I don’t know of any group who wants to take over the government but I know those of us who want the country to be restructured in a peaceful manner.

Adebanjo also called on the president to return to the 1964 constitution agreed on by the founding fathers of Nigeria.