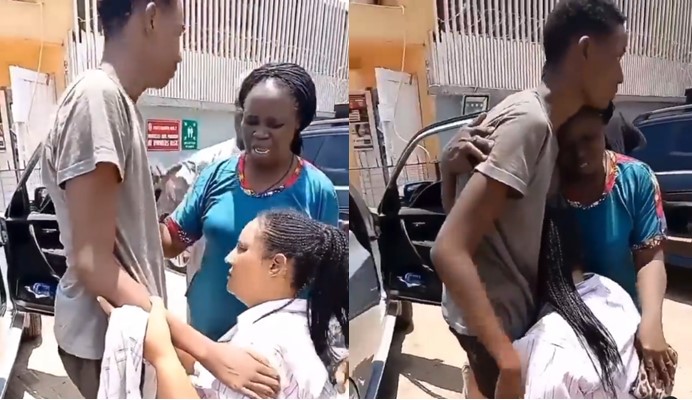 Aaron Attahiru, one of the victims of the Greenfield University Kaduna abduction has reunited with his family after his release by the armed bandits.

Recall that Mrs Lauritta Attahiru, mother of the released kidnapped victim told newsmen on Tuesday that her son was released on Saturday. Naija News reports that Attahiru confirmed the development during an interview with Channels Television yesterday.

She however refused to give details of how her son was released and whether a ransom was paid or not.

Hours after her confirmation, a video surfaced on the internet showing Aaron’s mother kneeling on the floor as she hugged her son repeatedly, thanking God for his freedom.