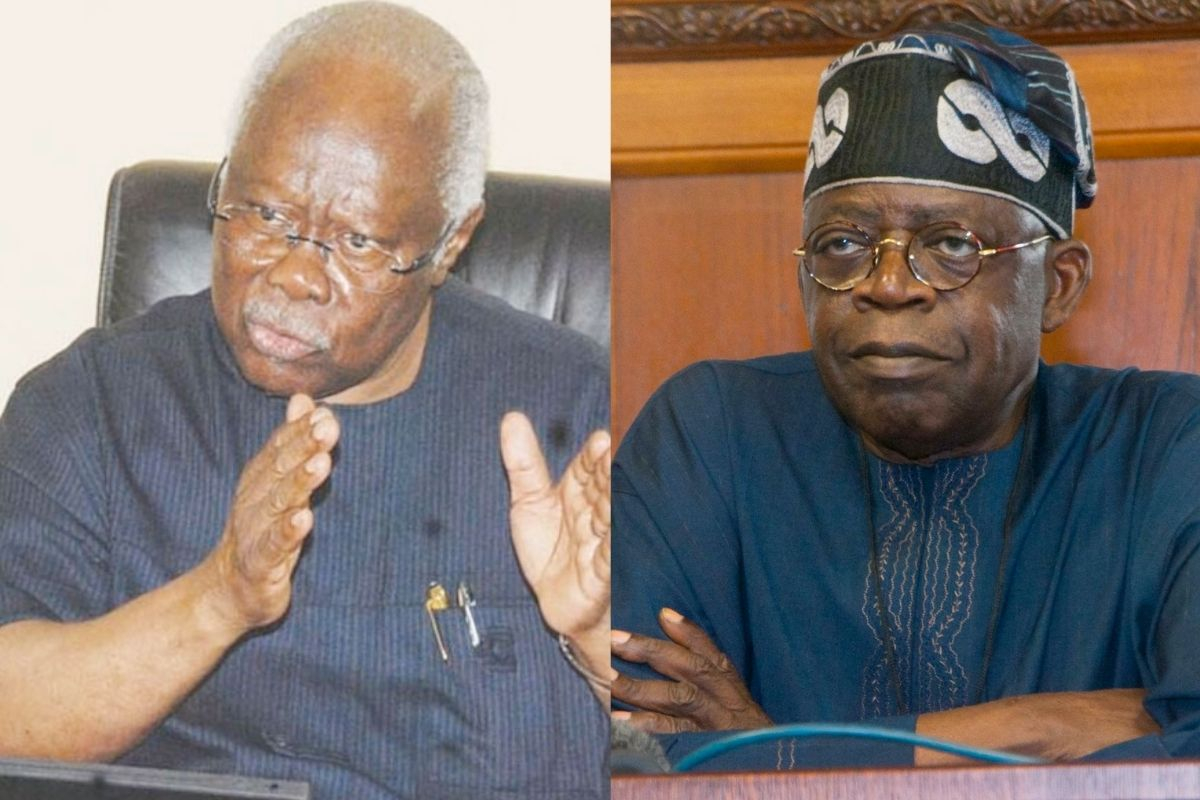 Chief Bode George has vowed to cease being a Nigerian should national leader of All Progressives Congress (APC), Bola Tinubu becomes President.

Although Tinubu has not yet expressed his interest in running for office in 2023, many of his supporters have been urging him to contest the presidency.

The Chieftain of the Peoples Democratic Party (PDP), said this on Friday May 7, while featuring on a Channels Television programme. He also called on the Economic and Financial Crimes Commission (EFCC) to investigate Tinubu’s tenure as Lagos state governor and his alleged involvement with Alpha Beta Consulting, a tax firm.

I’ve talked about it and I’m still saying publicly that the EFCC should go urgently and investigate Alpha Beta Company owned by him.

Let me say it in very clear language, to me it’s an insult to de-civilise the people of this country who are committed to national development that the likes of him want to run this country.

We must make sure that they investigate him. He’s junketing all over the place—an insult to the civilised minds who work so hard in this country. If, by whatever yardstick, he becomes the head of state, I will cease to be a Nigerian and I’m not joking.