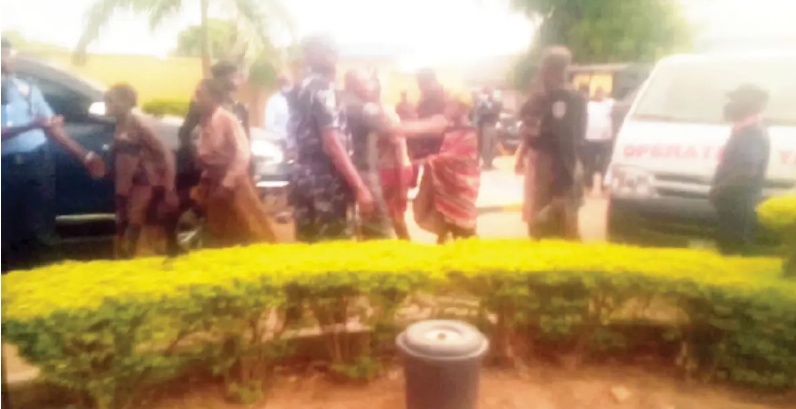 A student of the Federal College of Forestry Mechanisation, Afaka, Kaduna State, Pamela Ibrahim, who regained her freedom bandits after spending weeks in their abductor’s den noted that the bandits said they were abducted to get the government’s attention.

Ibrahim said, “Before they released us, the kidnappers told us that they didn’t have anything against us (students). They said they kidnapped us because they needed the government to settle things with them and that they also wanted to be educated like other Nigerians. They need work and houses too.”

“They said if the government doesn’t settle with them, they would continue to make sure that Kaduna State is unsafe. They said they meant it. Some of them are Nigerians, others are foreigners. They spoke mainly Fulani (language) and Hausa.”

“There was an old man among them who prevented others from harassing us and anytime he was not around, we were beaten and insulted.”

One of the parents, Ibrahim Hassan, while reacting to the development, said he was happy that his daughter was released few days to her elder sister’s wedding.

Hassan said, “I was confused; my life was miserable throughout the time my daughter was with the kidnappers. I only depended on God.

“When I heard that some of the students of Greenfield University were killed, I became sad thinking that I would never see my daughter again but when I learnt they had been released, my joy knew no bounds, especially as her elder sister’s wedding comes up in Zaria tomorrow (Saturday). It is double joy for me.”

Another parent identified as Friday Sanni said he would only allow his two daughters to return to the college when adequate security is provided in the school.

Sanni said, “The truth remains that if my children must come back here, I must be sure that there is a serious security structure on the ground, that this kind of incident will not happen again.

“If in few months’ time nothing serious is on the ground, I will move my children out, because they are too dear to me.

“The first one will be 20 years old by September while the second one will be 18 by November. They are too dear to me to lose and I will not want this kind of experience again. I have never experienced this kind of situation before in my life.”