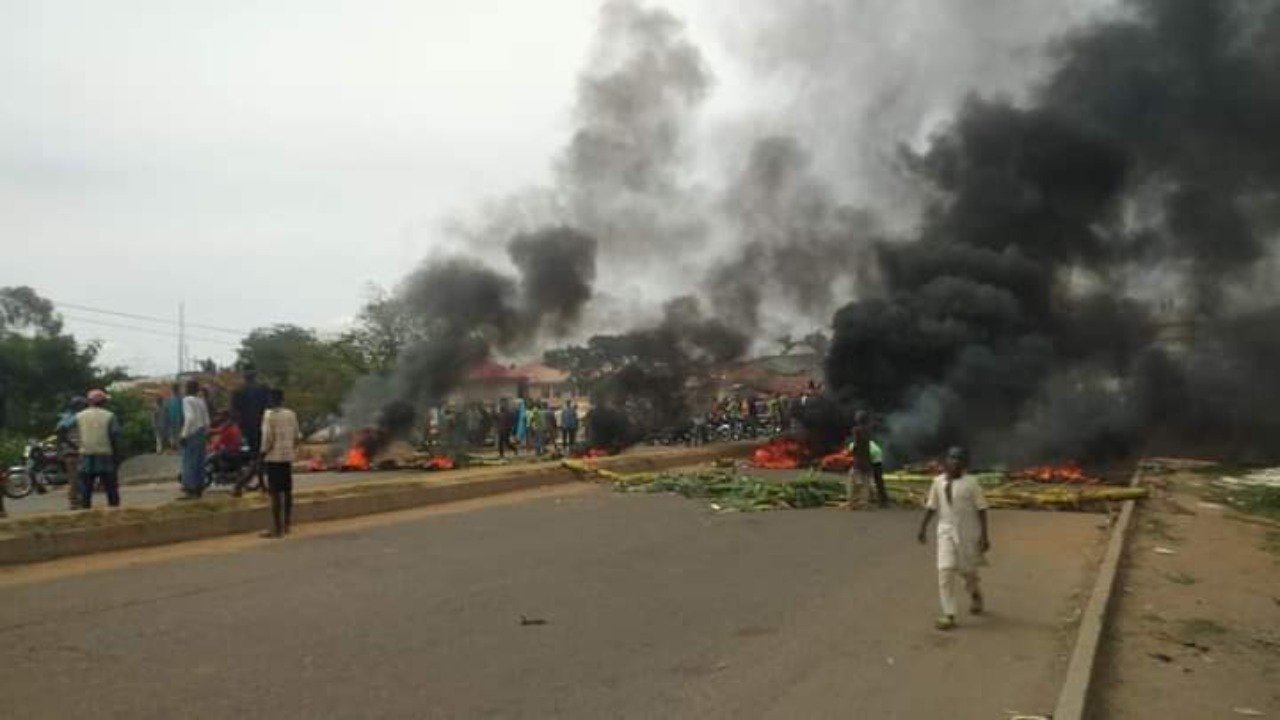 Pandemonium broke out on Sunday near St. Mary Catholic Church along Nyanya-Karshi Road in Abuja when some motorcyclists popularly known as Okada riders stormed the area protesting the alleged incessant killing of colleagues and stealing of their motorcycles.

An eyewitness, Moses AgureDam, told DAILY POST that the protesters resorted to violence which aroused tension in the area as residents were fleeing for their lives.

He added that “there have been reported cases of bike theft around Karu road, this issue has been on for a while now until the Okada riders decided to carry out a protest today”.

“According to her, “they are protesting the death of one of their colleagues.

“However, we have been able to restore calm and the command has launched an investigation into the incident”.

Another source, Friday Lawani told our correspondent that some soldiers are currently in the area shooting sporadically to disperse the protesters.

“Soldiers are currently firing gun everywhere as we speak and the protesters who are mostly Hausa boys are running back to their base”.

“There is tension here now over a possible attack by the protesters in subsequent time”, he said.