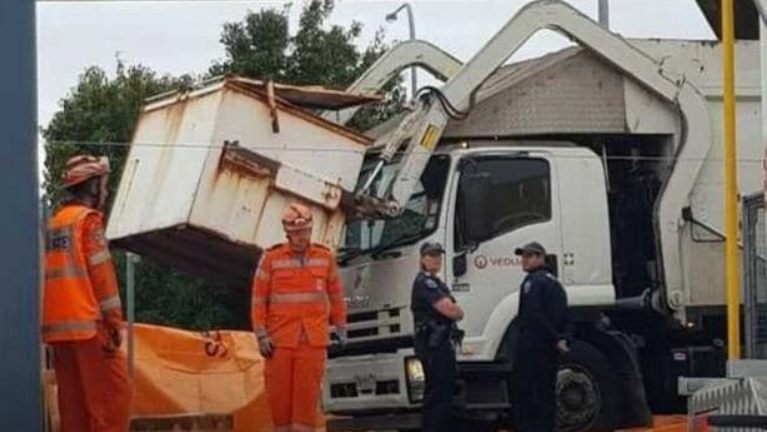 A 13-year-old schoolboy has been crushed to death by a rubbish lorry after he and two others fell asleep in an industrial bin in Australia.

The boy slept off in the bin with two other boys aged 11 and 12.

The 11-year-old boy suffered serious injuries when the truck began emptying the industrial bin while the third boy, 12, managed to escape unharmed and alerted the driver.

The tragedy happened at 5.20am local time on Tuesday, May 11, in Port Lincoln on South Australia’s west coast.

Superintendent Paul Bahr told reporters that the surviving boys are “traumatised” and that it will take time to get a detailed version of events from them.

“I think it’s fair to say the boys had somewhere to stay. I don’t think it would be fair to classify them as homeless.”

The truck driver did not realise the children, who are from Port Lincoln, were in the bin at the time and was said to be “extremely shaken by the incident”.

Port Lincoln Mayor Brad Flaherty described the accident as a tragedy. He said: “It’s a terrible, terrible incident that will have an awful impact on the community as a whole and the families involved.

“Our heartfelt thoughts are with the families and community members affected.”

Staff and students at the local school the boy attended have been offered counselling in the wake of his death.

A spokesperson for Veolia Waste Management, the truck driver’s company, offered condolences to the boy’s loved ones.

“While we are unable to comment further on the circumstances at present, we are working closely with the emergency services and a full investigation into the incident is underway,” they said.