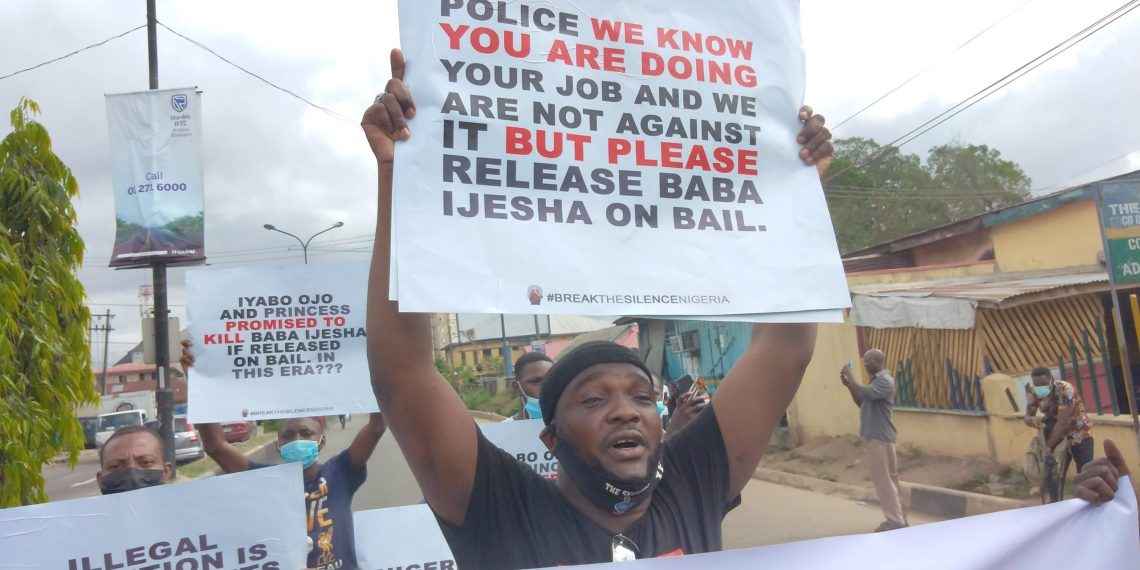 Nollywood actor, Yomi Fabiyi has led other concerned Nigerians to Panti Police Station to protest against the detention of his colleague, Olanrewaju Omiyinka, aka Baba Ijesha, who was accused of molesting a minor.

The Nigerian actor and other protesters marched from Casino Bus Stop to Panti Police Station on Wednesday.

Their demands were for Baba Ijesha to be released from detention pending when a court would hear his case.