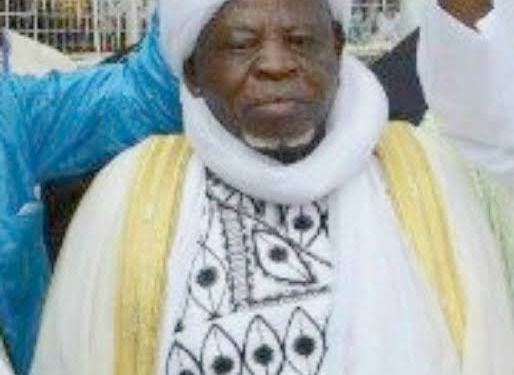 The Chief Imam of Ibadan land, Sheikh Abdulganiy, was among prominent personalities who observed the Eld-Fitri prayer in the Ibadan town on Wednesday.

It was also observed the Eid prayer ground wasn’t well attended as compared with the usual busy activities at the ground.

The reason is some faithful are still observing the fast.

Taking to Twitter, Yoruba Nation shared the photos of the Chief Imam of Ibadan land, Sheikh Abdulganiy Abubakr Agbotomokekere, with prominent personalities observing the Eld-Fitri prayer in the town with the caption; ”Chief Imam of Ibadanland, Sheik Abdulganiyu Abdukadir Agbotomokekere has led Eid -EL-Fitri Prayer today in Ibadan.Yorubas do not take command from the Sultan of Sokoto.We were Muslims before the ancestors of Fulanis became muslims. Greetings to all Muslims across the world.”