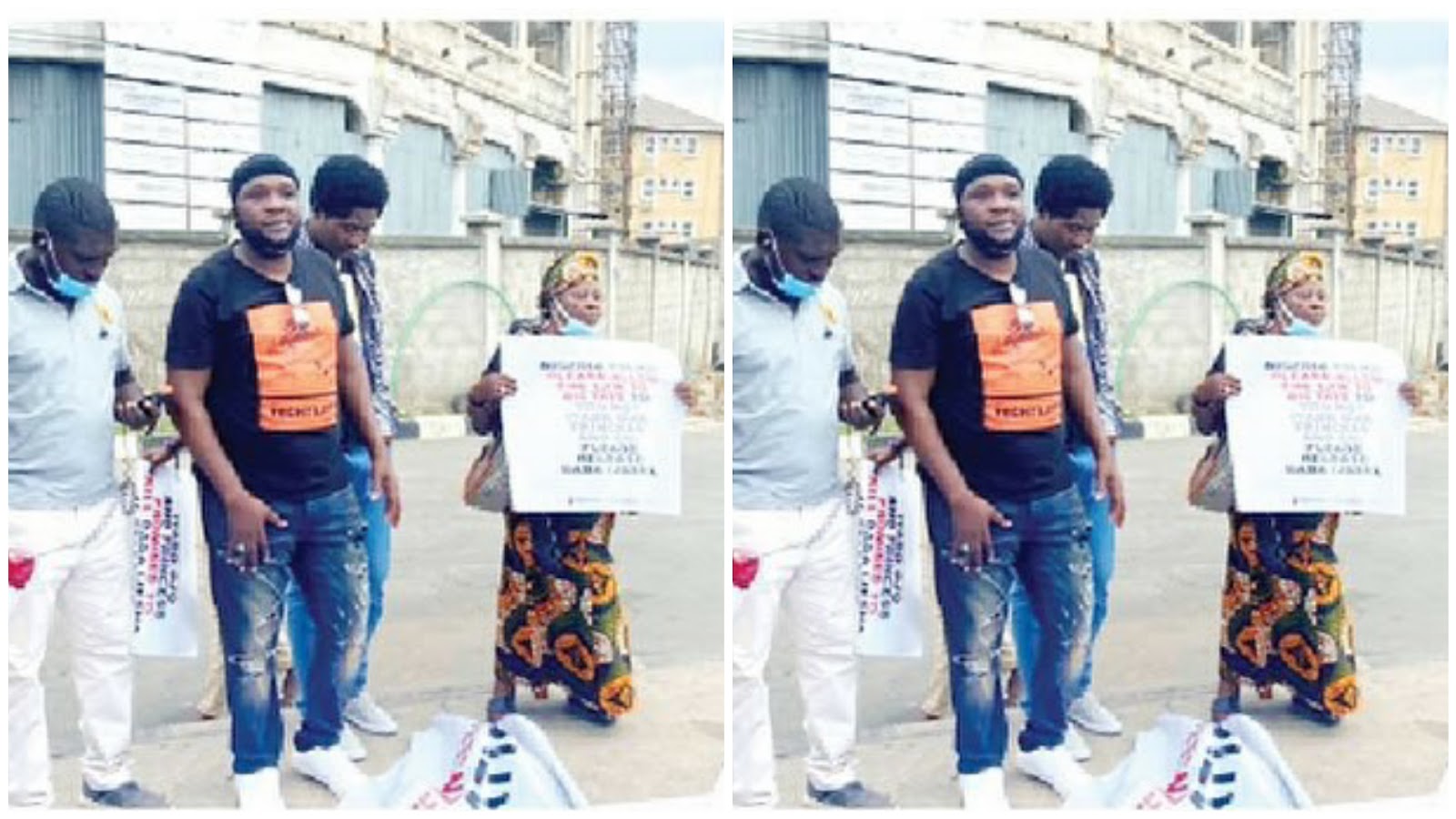 The Commissioner of Police in Lagos State, Hakeem Odumosu, on Wednesday, disclosed that the continuous detention of Nollywood actor, Olanrewaju Omiyinka, popularly known as Baba Ijesha, is based on legal advice from the Directorate of Public Prosecutions in the state Ministry of Justice.

Odumosu added that the embattled actor would not be released until the Judiciary Staff Union of Nigeria resumes so that he could be arraigned.

The CP disclosed this while reacting to the protest led by Yomi Fabiyi on Wednesday at the State Criminal Investigation and Intelligence Department, Panti, Yaba, to demand Baba Ijesha’s release on bail.

Odumosu said, “When they got the SCIID today (Wednesday), they were advised by the Deputy Commissioner of Police in charge of the SCIID, and he told them that we have done our work and sought legal advice from the Ministry of Justice and the advice was that we should still keep him in our custody.

“When we concluded our investigation, we forwarded our report to the ministry for legal advice. The ministry advised us through the Office of the Public Defender. The legal advice was that there was a prima facie case established against him and some sections of the law were quoted in the advice. So, the advice was that he should still remain in our custody and to be charged for that.”

Odumosu said the ministry might review its position concerning Omiyinka’s detention if the JUSUN strike continues indefinitely, adding that a new arrangement had been made in the state for courts to sit three times a week.

The CP said, “Regarding the JUSUN strike, they agreed to be working for three days and striking for two days. They will go on strike on Monday and Tuesday, while the courts will sit on Wednesday, Thursday and Friday.”

“It was our hope that they would work on Wednesday, but coincidentally, Wednesday and Thursday are public holidays. But if the courts continue to remain shut, the Ministry of Justice may further review the report. But right now, we are relying on the advice of the ministry.”

The DCP, Adegoke Fayoade, who is in charge of the SCIID, while addressing the protesters, stated that the ongoing strike by judiciary workers had impeded Baba Ijesha’s arraignment.

“Baba Ijesha’s case, as we are aware, has gone to the DPP. And the DPP has advised us on what to do. What we are waiting for is for the courts to resume; as soon as the courts resume, we will arraign him,” he said.