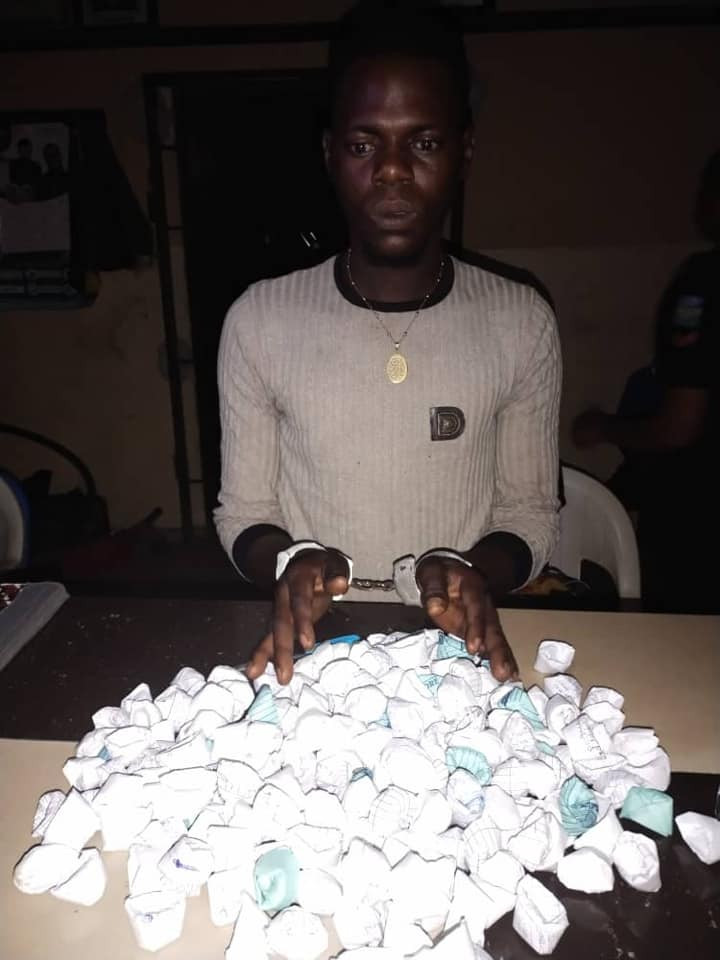 A 27-year-old kidnap victum idenitifed as Jeffrey Emekume has been arrested and suspected illicit drug dealer idenitified as Aliyu Adamu rescued by the operatives of the Delta State Police Command.

This was contained in a statement released on Wednesday, May 12 by the acting spokesperson of the command, DSP Bright Edafe.

The acting PPRO said the Divisional Police Officer of Sapele Division got information that Emekume was kidnapped on the Eku-Abraka Road.

“On the 8/5/2021 at about 2000hrs, information got to the divisional police officer Sapele Division CSP Harrison Nwabuisi that one Jeffrey Emekume ‘m’ 27yrs was kidnapped along Eku Abraka road Eku with his Lexus Jeep sky blue with Reg. No. RSH 716 AX on Sapele road,” Edafe stated.

The DPO Sapele swiftly mobilized and led Crack Teams into the bush and the hoodlum who, could not withstand the relentless effort of the police abandoned the victim and fled. Emekume was rescued and the Lexus SUV recovered.

He said effort is ongoing to track and arrest the fleeing suspects.

Edafe said the police arrested the illicit drug dealer, Adamu, 20, with 237 wraps of Indian Hemp during a raid at Hausa Quarters in Warri.

“On the 9/5/2021 at about 1820hrs, based on intelligent gathered by the divisional police officer ‘A’ division Warri CSP T.Y. Mahmud, mobilized Rapid Response Team and raided a black spot at Hausa Quarters where one Aliyu Adamu ‘m’ 20yrs was arrested with two hundred and thirty seven wraps of weed suspected to Indian hemp. The suspect allegedly confessed to be a major dealer in Indian Hemp. Investigation is ongoing” he added.