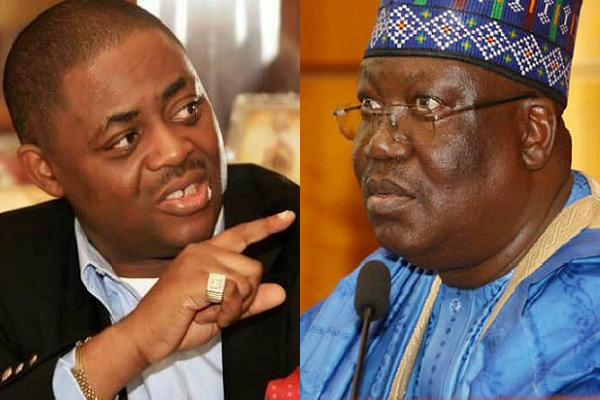 Former Minister of Aviation Femi Fani-Kayode has berated Senate President Ahmad Lawan over his reaction to calls for Nigeria’s restructuring.

According to Fani-Kayode, the Senate President seems to be ‘living in another world and on another planet.’

“The position that the Senate President has taken on the call for restructuring by Southern Governors is infantile & absurd.

“The man seems to be living in another world & on another planet.

“Worse of all he has refused to recognise the bellicose mood of the people of the South,” Fani-Kayode wrote.

Recall that Ahmad Lawan had condemned the 17 southern governors for calling on the federal government to restructure Nigeria.

According to Lawan, calling for restructuring shouldn’t have come from elected officials.

Lawan said, “I believe that, as leaders, especially those of us who are elected into office should not be at the forefront of calling for this kind of thing.

“Because, even if you are a governor, you are supposed to be working hard in your state to ensure that this restructuring you are calling for at the federal level, you have done it in your state as well.

“What you may accuse the Federal Government of, whatever it is, you may also be accused of the same thing in your state. “So, we are supposed to ensure that we have a complete and total way of ensuring that our systems at the federal, state and even local government levels work for the people.

“We must allow people to participate in governance so that whoever feels he has something to offer to make Nigeria better does so freely without any let or hindrance. Urging elected leaders to shun regionalism, Lawan added that “The President is reaching out to all the stakeholders. And I believe that as leaders, particularly those of us who were elected at all levels of government, we should avoid partisanship.

“We should avoid regionalism. We are all leaders and we are in this together.”