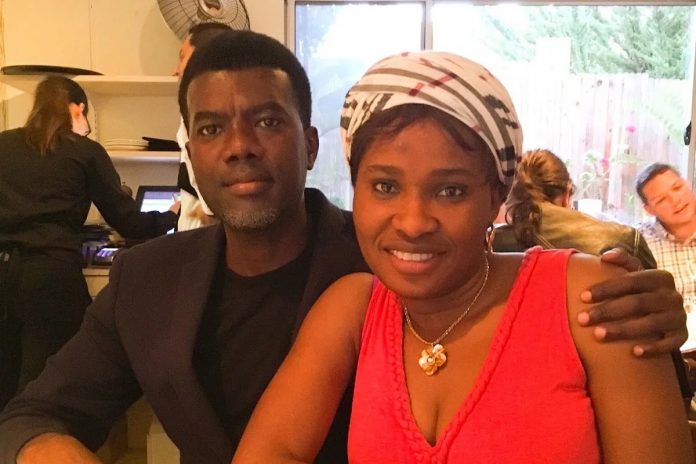 Mrs. Tuokpe Omokri, wife of former presidential aide said she is not the mother of the baby her husband, Reno announced as their fourth child recently.

Tuokpe stated this during a phone interview with THEWILL, confirming the previous report.

She reiterated that she and Reno are still legally married, having contracted their marriage traditionally and in church.

The publication said for clarity purpose decided to reproduced the two most important parts of the lengthy conversation.

Did you and Reno just have a fourth child together?

Are you guys still legally married?

So what is really going on?

Mrs. Omokri: I am a very private person, I shy away from the media and social media. I am not going to say much now…

Reno Omokri allegedly abandoned his wife in the United States of America while he welcomes new baby with his United Kingdom based lover.