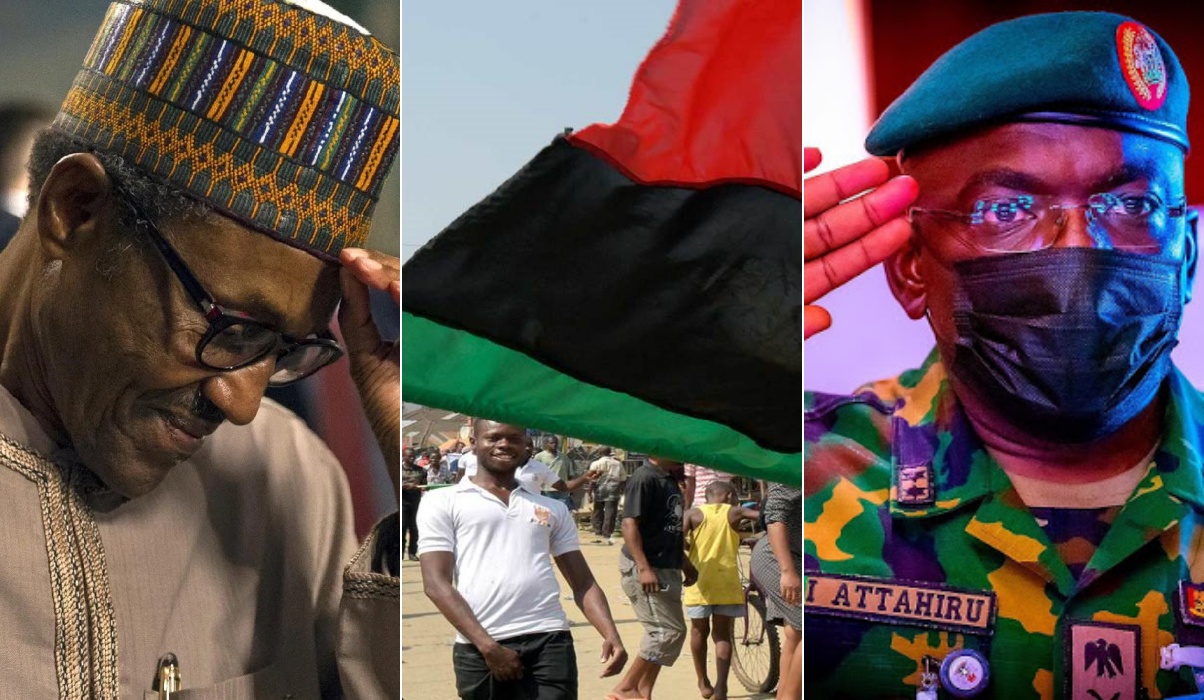 Following the tragic death of Nigeria’s Chief of Army Staff, Lt. Gen. Ibrahim Attahiru, and 10 other officers, the Biafra Nations League, BNL, has sent a strong message to President Mohammadu Buhari, the Inspector General of Police and all Service Chiefs, describing the deaths as a lesson.

Lt. General Ibrahim Attahiru died in an air crash at about 6:00p.m. on Friday, May 21,as a military Beechcraft 350 carrying him went down at the Kaduna International Airport claiming all passengers, including the Army chief’s aides.

In a statement signed by BNL’s National Leader, Princewill Chimezie Richard, the group said it will not pray for the deceased to rest in peace.

According to them, Attahiru had ordered a shoot at sight against the Biafra agitators in the South East and South South, especially in Imo State where the military is said to be conducting a 7 days show of force.

The BNL said that the Nigerian leaders should know that everyone has just one life to live, adding that anyone can die unexpectedly.

The group said that “the President and Governors, including all Service Chiefs are human beings who, when they die, would be buried like commoners.

“No one has spare life, it’s unfortunate for them that after giving orders for execution against us, they die terribly, when their own death comes, you won’t find or recognize their corpse,” the group added.