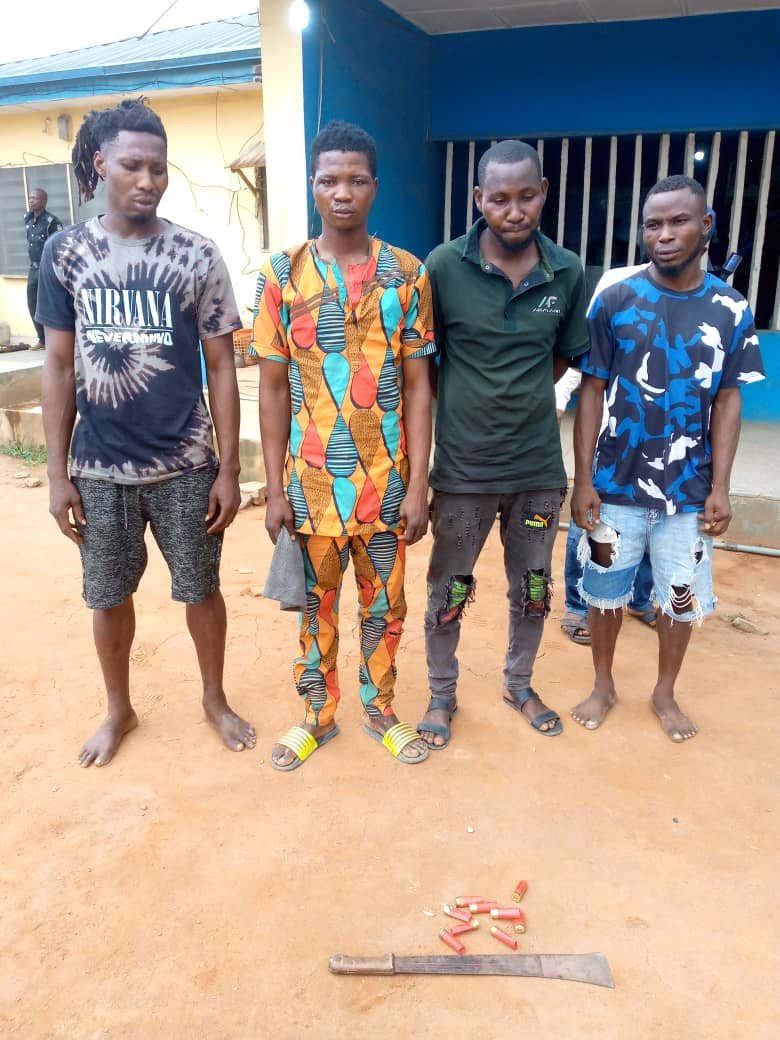 Opereatives of the Ogun state police command have arrested four suspected notorious land grabbers who are responsible for unleashing violence on the people of Babaode-Onibuku community in Ado odo Ota local government area of the state.

DSP Abimbola Oyeyemi, the spokesperson of the state police command, in a statement said the suspects, Najimu Ojumola 42yrs, Monday Olaleye 25yrs, Kehinde Martins 34yrs and Felix John 27yrs were arrested, following a distress call received by the policemen at Onipanu divisional headquarters, that Babaode-onibuku village was under siege by group of land grabbers, who invaded the village with dangerous weapons, and held residents of the community hostage.

”Upon the distress call, the Dpo Onipanu division, CSP Bamidele Job, quickly mobilized his men and moved to the scene for rescue operation.

On getting to the scene, the hoodlums launched an attack on the policemen and injured one ASP Tajudeen Adeleke and Inspector Babatunde Olayiwola, but they were later subdued, and two amongst them Najimu Ojumola and Monday Olaleye were apprehended.

While the policemen were taking the arrested hoodlums to the station, their colleagues ambushed the policemen at Idiroko road, and attacked them with the view to free the arrested ones. They were subsequently dispatched and the duo of Felix John and Kehinde Martins were equally arrested.

According to Oyeyemi, items recovered from the suspects include eight expended cartridges, one live cartridge, one cutlass, three Bajaj Motorcycle and one Toyota Corolla with registration number FST 42 FT.

He added that the commissioner of police, Edward Awolowo Ajogun, has ordered the transfer of the suspects to state criminal investigation and intelligence department for discreet investigation. The CP also warned land grabbers to stay clear of Ogun state, as the command will not tolerate any form of thuggery and hooliganism in any part of the state.