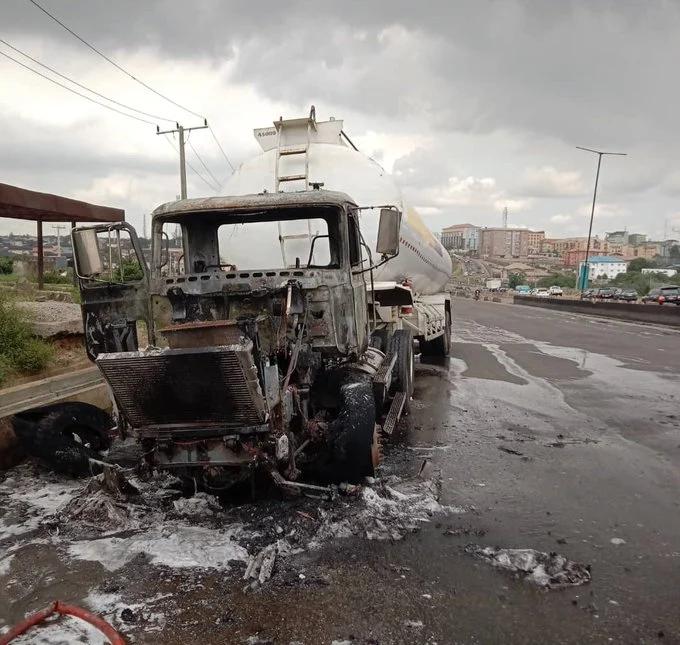 A fuel-laden tanker has reportedly caught fire on Friday May 28 at the Otedola Bridge around the Lagos-Ibadan Expressway.

The incident occurred days after the Sector Commander, Federal Road Safety Corps, Lagos State Command, Olusegun Ogungbemide, said that there are no demon, witch or wizard at Otedola Bridge.

It was gathered that first responders have arrived at the scene and are battling to put off the fire.

Road users are advised to avoid the corridor as the incident has caused gridlock with motorists stranded around the axis.