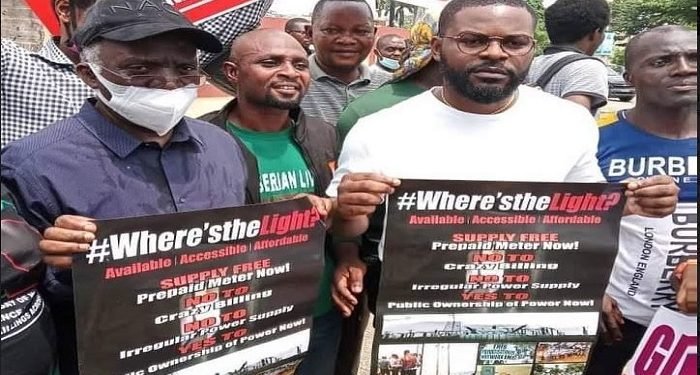 They were seen with several placards which read: “Where’s the light?’; “SUPPLY FREE Prepaid Meter Now!”
“NO TO crazy Billing” “NO TO Irregular Power Supply” “YES TO Public Ownership of Power Now”

A  former presidential aspirant of African Action Congress (AAC) and Convener of RevolutionNow, Omoyele Sowore led protesters at popular Unity Fountain in Abuja and were resisted by a high level detachment of heavily armed police officers who blocked the entrance of the arena.

While it was said that an officer fired a teargas canister and Sowore was directly targeted.