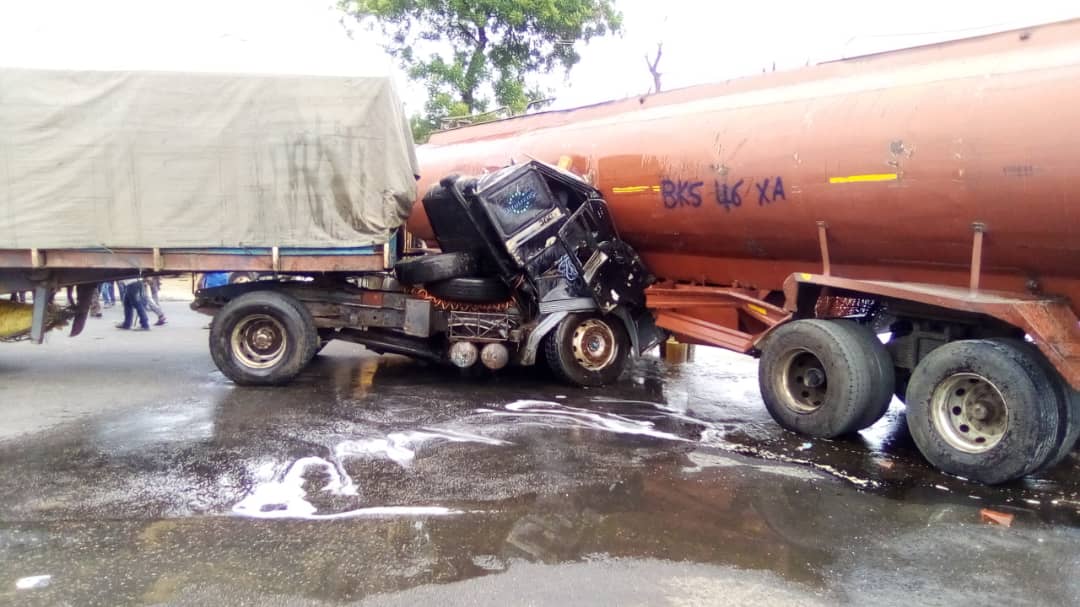 A gas tanker truck reportedly collided with a vehicle at the Church Gate flyover, Olusegun Obasanjo Way, Central Area, Abuja resulting in the death of two persons while four others were badly injured.

“The driver of the tanker laden with Liquefied Petroleum Gas (LPG) (Cooking Gas) en route Abuja from Lagos, had a collision with a Golf car.

“A total of six persons were involved in the crash, comprising three in each of the vehicles.

“Four of them including the driver of the tanker sustained some degree of injuries and were taken to Wuse General Hospital by the FRSC rescue team from FCT Command.

“Two male adults, who were passengers in the gas tanker truck, were, however, confirmed dead and their bodies had been deposited at the mortuary,” he said.

Ochi said that it took the combined efforts of all the security and safety agencies to avert what would have resulted in a fire incident.

While condoling with families of the dead, Ochi warned motorists against speed limit violation.