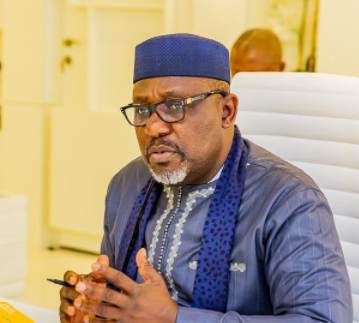 Senator Rochas Okorocha, representing Imo West Senatorial district in the national Assembly, has warned against the ethnic profiling of Igbo people, insisting they “are not killers”.

Okorocha gave this warning this on Thursday, during the centenary celebration in honour of the former Premier of Eastern Nigeria, the late Michael Okpara, in Abuja.

“I appeal to all Nigerians to stop the ethnic profiling of the Igbo.

“They are not murderers, otherwise they won’t be in Kano or Lagos doing business.

“Indeed, we are passing through one of the ugliest moments of our history,” he said.

The former Imo state Governor comments is coming almost a week after the killing of former presidential aide, Ahmed Gulak in Owerri.

Recall that Gulak, who conducted the All Progressives Congress (APC) primary election in Imo State prior to the 2019 general elections, had accused Okorocha of, among other things, taking him hostage and forcing him to announce the results in his favour.