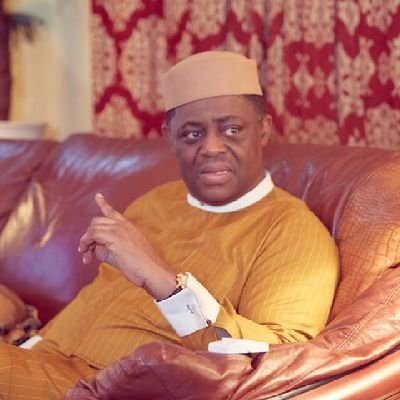 Former Minister of Aviation, Femi Fani Kayode, has condemned the decision of the Federal Government to ban the operations of Twitter in Nigeria.

The Federal Government on Friday suspended the operations of the microblogging and social networking service in Nigeria.

Nigeria’s Minister of Information and Culture, Lai Mohammed, announced the suspension in a statement signed by his media aide, Segun Adeyemi.

He also directed the National Broadcasting Commission (NBC) to immediately commence the process of licensing all OTT and social media operations in Nigeria.

This development is coming after Twitter had on Wednesday deleted President Muhammadu Buhari’s tweet for violating its rules.

Reacting to the suspension via his Twitter account on Saturday, Fani-Kayode said the suspension of Twitter by the Muhammadu Buhari government has proved that it is weak, unstable, paranoid, insensitive, vindictive, and delusional.

The Peoples Democratic Party (PDP) chieftain added that the decision is a brazen attempt to deny the Nigerian people their right to free speech.

“The suspension of Twitter by the FG has proved to the civilised world that they are weak, unstable, paranoid, insensitive, vindictive & delusional.

“It is a grave abuse of power & a perfidious, insidious & brazen attempt to deny the Nigerian people of their right to free speech,” he wrote.