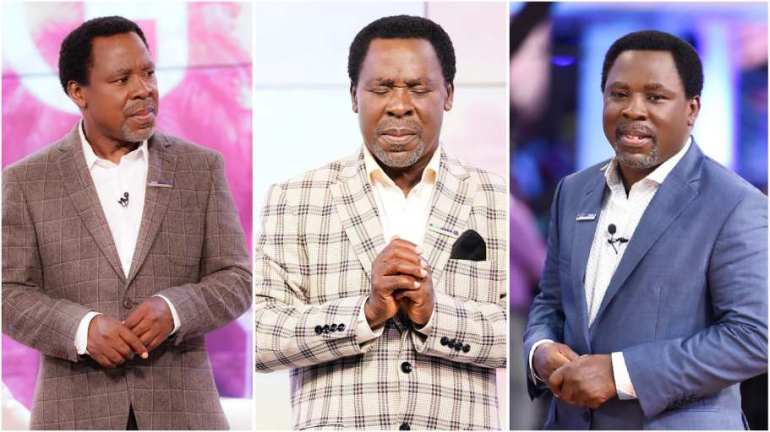 A Nigerian pastor has revealed why God allowed the founder of Synagogue Church of All Nations (SCOAN), Temitope Balogun Joshua, popularly known as Prophet TB Joshua, to die suddenly.

TB Josuha had died on Saturday night after battling with an undisclosed illness for two days.

Reacting to the demise of the renowned clergy, the general overseer of the United Apostolic Church of Christ (UACC) worldwide, James Bayo-Owoyemi, said the TB Joshua died because he had concluded his mission as appointed here on earth.

Pastor Owoyemi stated this while conversing with the News Agency of Nigeria (NAN) on Monday, June 7.

According to the clergy, having completed his ministry works here on earth, Joshua had to depart the earth, adding that his death was divine. He said: “According to reports the man of God died after a ministration, that is an indication he died on spiritual duty. Not everyone has such divine home call.’’

The UACC leader eulogised the life and times of the popular televangelist saying that he lived his life to serve God and humanity, given his philanthropic attitude many of those, who are beneficiaries of his largesse, will miss him for that likewise those healed through his prayers.

The religious leader stated that the late televangelist’s good deeds should be a lesson to all Christians.

Meanwhile, the senior pastor of Christian Life Church, Jackson Senyonga has been spotted in a video describing the late founder of the Synagogue Church of All Nations, Prophet T B Joshua as the ‘biggest witch in Africa’.

Senyonga who has his church planted in Kampala, Uganda, noted that the death of the cleric is a victory for Nigerians and Africans.

Senyonga while addressing his members accused the founder of SCOAN of “sacrificing” many.

The cleric recalled how TB Joshua tried to attack him.