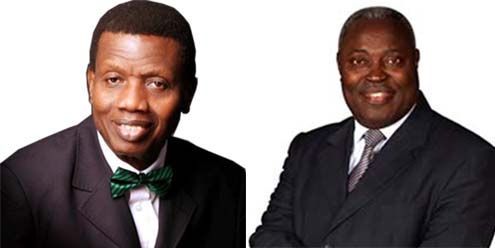 Officers of the Nigeria Police Force (NPF) has expressed reservations over the directive to arrest and prosecute Nigerians still using Twitter despite the federal government’s ban.

Recall that Nigeria’s Minister of Information, Lai Mohammed, had announced an indefinite suspension of Twitter operations in Nigeria.

The federal government had accused the social media site of engaging in activities that would undermine the nation’s existence.

In a bid to enforce the ban on Twitter, Nigeria’s Attorney General Abubakar Malami threatened to arrest and prosecute anyone who tweets in Nigeria, as many use VPN to bypass the blockage.

But Naija News reports that RCCG’s Pastor Enoch Adeboye had justified his insistence on using the platform with Article 19 of the UN Universal Declaration of Human Rights (UDHR).

Article 19 of the UDHR states that “Everyone has the right to freedom of opinion and expression; this right includes freedom to hold opinions without interference and to seek, receive and impart information and ideas through any media and regardless of frontiers.”

Aside from Adeboye, the founder of Deeper Life Church, W.F. Kumuyi has also insisted that his church would not respect the federal government’s ban on Twitter because its Twitter handle reaches a global audience.

Also, Governors Seyi Makinde of Oyo and Nasir El-Rufai of Kaduna are among other prominent Nigerians who have published statements on Twitter despite the ban.

Multiple sources in the police headquarters in Abuja on Monday told The PUNCH that the police authorities were in a dilemma on how to enforce Malami’s directive.

One of the sources, who is a senior police officer, said, “Honestly, it is not something the police authorities will want to dabble into. Do you expect the police to begin to arrest these prominent Nigerians who you have mentioned because they are using Twitter?

“You know that policemen are already the ‘whipping boys’ of the Nigerian society always. Do you expect us to add this to our burden?”

Another police officer revealed that the police authorities were not favourably disposed to being involved in the enforcement of the suspension, saying the Office of the AGF would do so.

When reminded that before the Office of the AGF could prosecute, the police would have to first arrest the suspects, the source said, “I am not aware of any plan to arrest anybody.

“In any case, it is not the police alone that can arrest offenders. For instance, are officials of the Nigerian Security and Civil Defence Corps not empowered to arrest?”