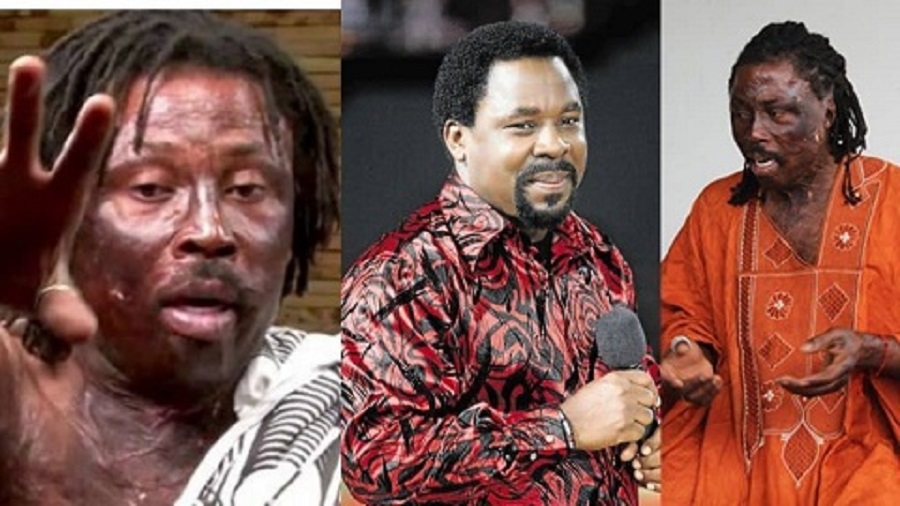 Popular Ghanaian native doctor, identified as Kwaku Bonsam has claimed he’s behind the death of the founder of The Synagogue, Church Of All Nations (SCOAN), Prophet TB Joshua, who died on Saturday, May 5, 2021, few days to his 58th birthday.

There have been series of attacks on the late prophet since his death, as some accused him of misleading his followers with his controversial teachings, healings, and miracles.

In a video that has become a growing sensation on social media, Kwaku Bonsam, a popular traditional doctor in Ghana, is heard saying that he gave TB Joshua a 10-year ultimatum to live, after which he will deal with him.

According to the native doctor, he defeated TB Joshua in a spiritual battle hence his death.

“TB Joshua tried to kill me spiritually. He said he was going to fight me in the spiritual realm after I accused him of killing late President John Atta Mills. When I said this many people came after me for attacking a man of God.”

“I gave him a 9 to 10-year ultimatum that I will show him that only God can judge me on this earth. We went into a spiritual contest and I won that battle.”