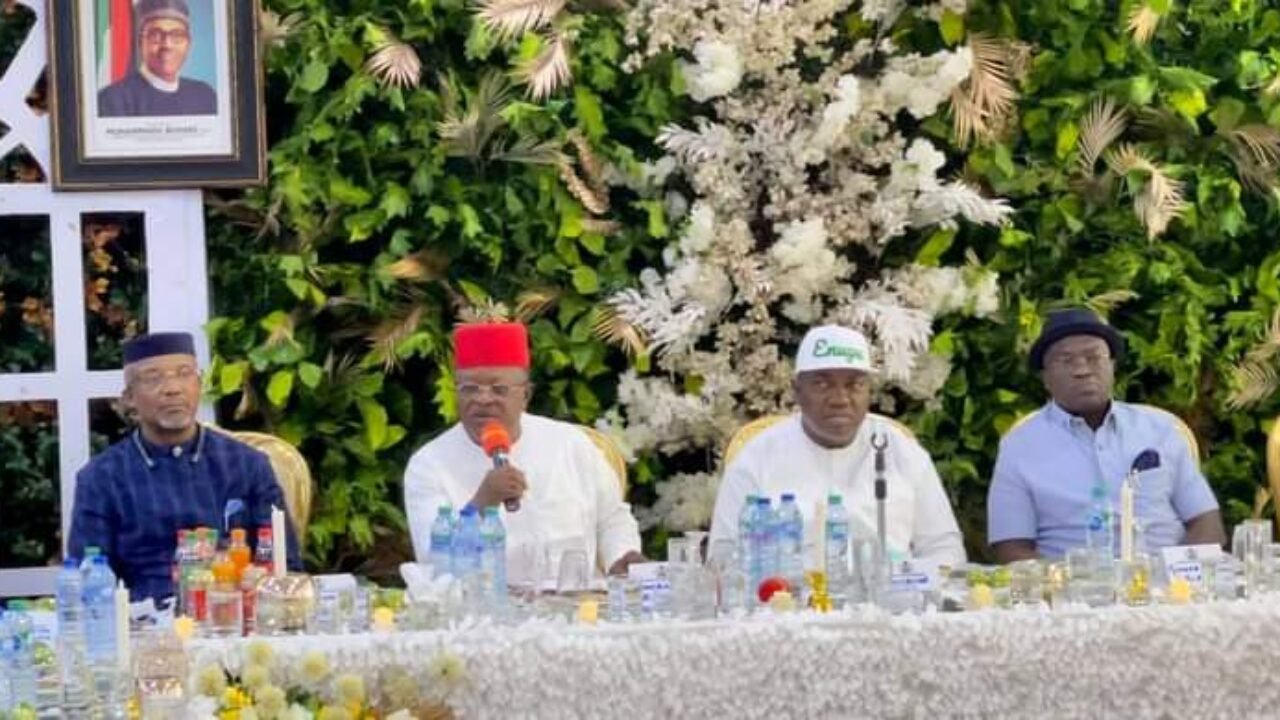 Leaders and Governors in the Southeast part of Nigeria have refuted claims that they have been unbothered about the agitation for secession by some youths in the region.

But the governors and various leaders of the region met on Saturday in Enugu State to lay out plans on curbing the current security crisis rocking the South East.

Briefing reporters at the end of the meeting, Ebonyi State Governor and the Chairman of the South East Governors’ Forum, David Umahi, faulted the notion that the leaders have been unbothered about the threats of IPOB.

The leaders also appealed to their Northern counterparts and others to protect the Igbo resident in their zones.

He said: “The impression that Southeast leaders are silent over some of our youths’ agitation for secession is not correct; South-East Governors, Ohanaeze President, National Assembly members, notable leaders had come out publicly many times in the past to speak against such agitations.

“We condemn in totality, the activities of violent secessionist groups in the South East and elsewhere, we firmly proclaim that we do not support them, they do not speak for South East.

“In order not to mismanage the unfortunate situation, South-East leaders have set up a committee to engage such youths to stop and allow elders speak to address such fears.

“We condemn the killing of security agents, burning of infrastructure facilitate and killing of civilians in South-East and even in other regions. We request our security agencies to discharge their duties with the rules of engagement and law.”

He added: “We request our nation Assembly members from South-East to please support state creation and state police in ongoing constitutional amendment.

“The meeting endorsed South-East joint security outfit Ebubeagu and ask all the personnel of Ebubeagu to work with security agencies and respect right and privileges of all those living in South East and her visitors.”