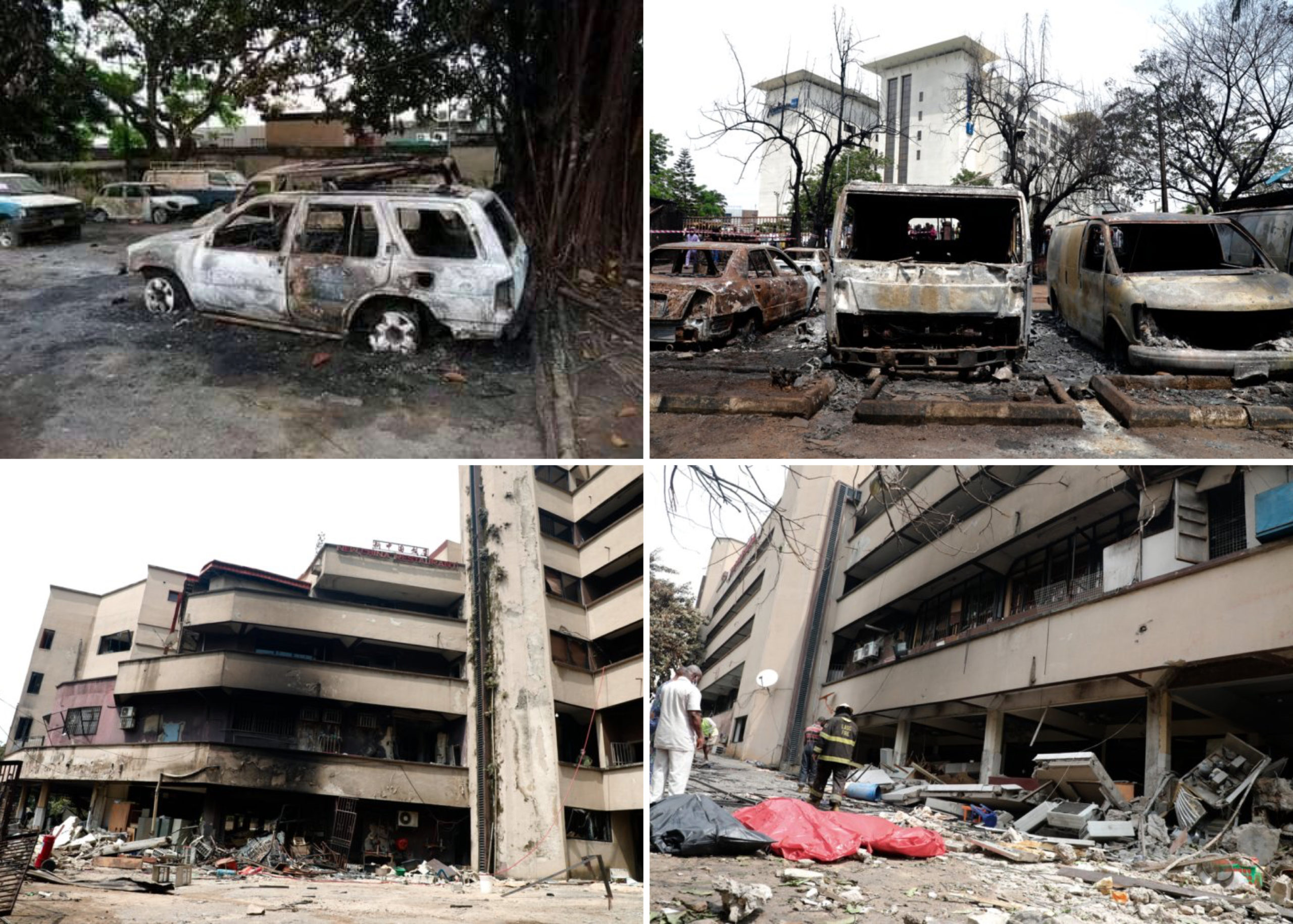 The Lagos State Emergency Management Agency (LASEMA) says the recent tanker explosion which occurred in the Ikeja area was caused by a fire from a nearby restaurant.

On Thursday that a leaking gas tanker exploded, resulting in the death of five people, while 13 other persons sustained injuries.

In a report released on Saturday, LASEMA said: “On arrival at the scene of the incident, it was discovered that a Gas tanker 13.5 Tons LPG truck in motion was leaking its content and as a result of wind action; the whole area of OPIC Structure was engulfed with fire.

“Close investigation further revealed that the LPG gas was ignited by the exposed fire from the kitchen of the New Chinese restaurant, which followed the trail of the LPG gas resulting in the combustion of the gas tanker outside the compound.

“The inferno of explosion resulted in several damages to the OPIC Plaza building.”

The agency said the 13 burns casualties found at the scene were attended to by the pre-hospital care unit of the response team and transported to Lagos State University Teaching Hospital (LASUTH) and Gbagada General Hospital for further treatment.

According to the agency, a total of 5 fatalities was recorded at the time this report was put together,” the agency said.

LASEMA also said it has recovered the burnt gas truck and cordoned off the building as a disaster zone in preparation for further investigations.