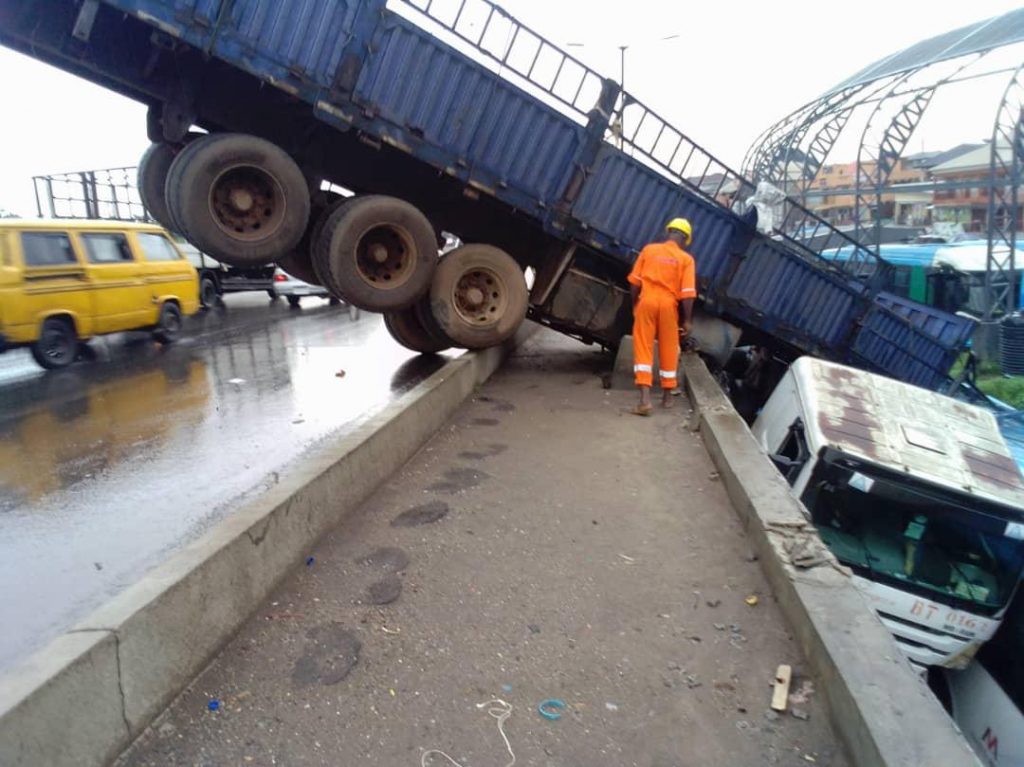 On Sunday, June 20, many escaped death in Oshodi area of Lagos State, as an empty truck overturned and fell into the Bus Rapid Transit, BRT, terminal.

The trailer with number plate, KTU 437 XU, while heading towards Mile 2 at about 1 pm, developed a mechanical fault, overturned and fell while descending Oshodi Bridge.

She said: “Director of Operations, LASTMA, got a distress call about an empty trailer that plunged into the above location.

“The agency team at the main base immediately activated the LASEMA response plan and moved to the incident scene.

“On arrival at the scene of the incident, the LRT discovered a trailer with number plate, KTU 437 XU, overturned due to mechanical fault (brake failure) while descending the bridge and fell into the BRT terminal, thereby obstructing the axis.”

She noted that the agency’s team and LASTMA were making efforts to evacuate the impediment off the road.