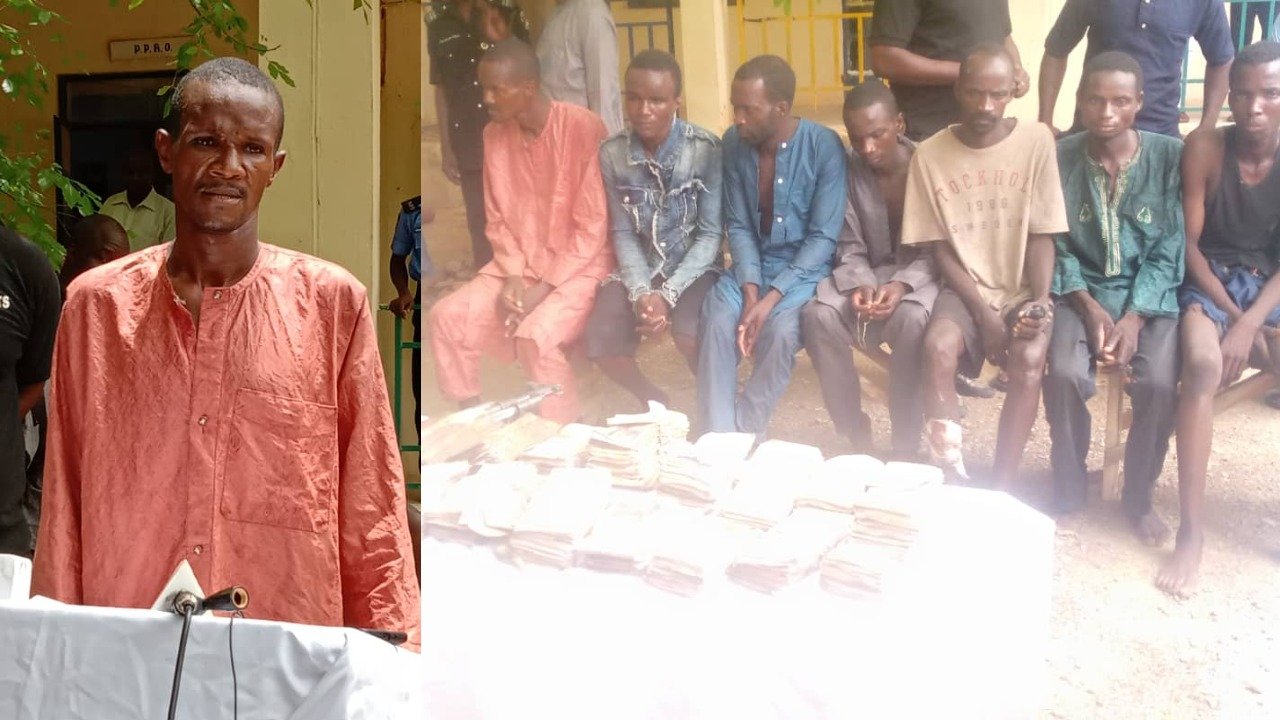 A team of Police Mobile Personnel (PMF), on patrol along Tsaskiya – Ummadau road, Safana LGA of Katsina State has arrested the ringleader of a gunrunning syndicate and three of his men with the sum of about N3.5M and two motorcycles.

The spokesman of the Katsina State Police Command, Isah Gambo, in the bid to show how the state security agencies are gradually winning the war against banditry, paraded the alleged ring leader and members of his syndicate before pressmen at the Police Command Headquarters today, Friday

He said luck ran out on the notorious gunrunner and three of his men when they were intercepted by a team of Mobile Police Personnel on patrol along Tsaskiya – Ummadau road, Safana LGA of Katsina, after taking delivery of six (6) AK 47 rifles to one notorious bandits’ leader, Tukur Rabiu, alias “NASHARME” hibernating at Rijana Forest, along Kaduna, Abuja road.

The notorious gunrunner was arrested alongside his son, Abubakar Ibrahim 21, whom he introduced to the illicit trade and two of his men, Tukur Musa 35, and Rabi’u Hamisu 19, by a team of Police Mobile Personnel (PMF), on patrol along Tsaskiya – Ummadau road, Safana LGA of Katsina.

In the course of investigation, Ibrahim Abdullahi 40, confessed to have been involved on numerous occasions in supplying arms to various bandits leaders hibernating in the forest across Northern Nigeria.

Abdullahi further revealed that for every single arm he supplies to the notorious bandits, he gets paid a N100,000 commission.

The suspect equally confessed that he is the gunrunner for one notorious bandits, ‘Abu Rade’, who is on the list of wanted Bandits by the Katsina Government.

Abu Rade’ is said to be hibernating at Rugu-Dumburum forests of Katsina and Zamfara States respectively.