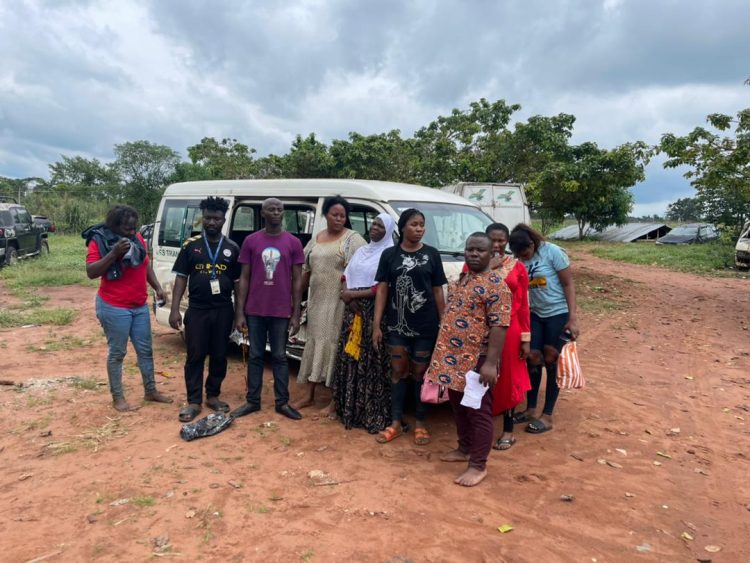 The police spokesman in the state, SP Kontongs Bello, who disclosed this in a statement said the victims, three male and six female, were traveling from Auchi to Benin, in a white-colored 14-seater Toyota Hiace bus with registration number XA 525 KRF, when they were intercepted at about 7.30am, by the hoodlums suspected to be kidnappers.

Bello added that the rescue operation was carried out in collaboration with operatives of other security agencies and the local vigilante group.

He stated that the bus which belongs to a private company, was driven by 40-year-old Karimu Momoh.

“On receipt of the information, the DPO Ehor Division, CSP Benafa Benjamin immediately swung into action, mobilized his team of Police operatives from Ehor Division of Edo State Police Command, other sister agencies and vigilante group for immediate bush combing. They moved into Igieduma forest reserve.

Meanwhile, the State Commissioner of Police, Phillip Aliyu Ogbadu, has urged the general public, especially communities around Benin-Auchi road, to continue to support the Police in its fight against criminality in the state.