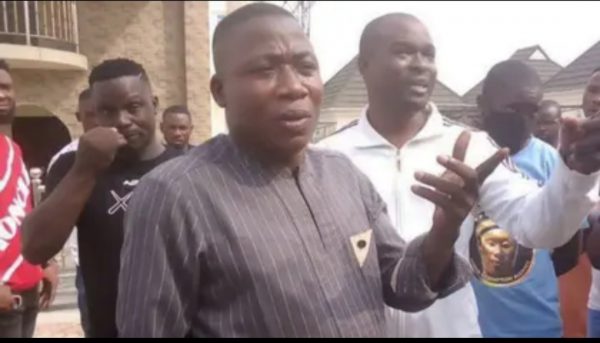 One of the lawyers to Yoruba Nation agitator, Sunday Igboho, Pelumi Olajengbesi, has disclosed that the activist could not have been captured by security operatives in Cotonou, Benin Republic, but surrendered himself.

The Yoruba activist was apprehended in Cotonou as sources claimed that he was heading for Germany.

Olajengbesi while speaking with SaharaReporters on Tuesday said, “Truly he was arrested and I have confirmed that. We are making efforts to ensure that he is fine. You know the Department of State Services declared him wanted. We just believe that Sunday Igboho is not the problem. He is someone who believed that the Yoruba people and Nigerians generally should live in peace wherever they are.

“Let me tell you now. That Sunday Igboho was arrested simply because he wanted to make himself available to the government. If not, Sunday Igboho is not someone who can be arrested that way. But because he believes that the journey to justice for the Yoruba people and the Nigerian state to be able to live in peace may be needed for him to be available, that was why.”