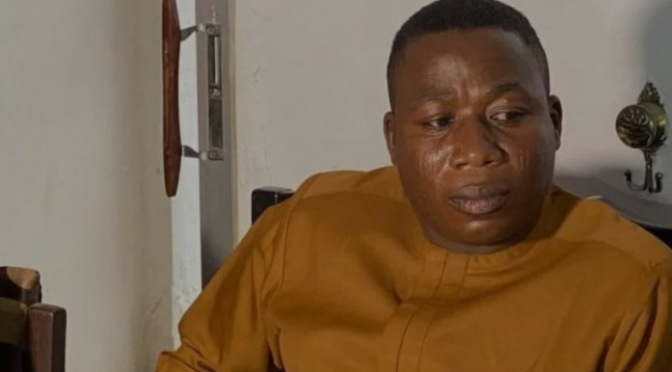 An associate of Sunday Adeyemo, also known as Sunday Igboho has disclosed why he stopped the Yoruba nation activist from visiting his residence in Cotonou, Benin Republic.

Speaking to ThePUNCH, Igboho’s associate said before the agitator’s ordeal with the Nigerian government began in January 2021, the activist usually lodged in his house each time he came to Benin Republic.

However, the source said he stopped him from visiting after Benin Republic police came to survey his house earlier in the year.

The source said, “Before now, whenever Sunday wanted to come to Benin Republic, I was always aware. He would call me on the phone that he was coming. But since policemen came to my house to check my house, I told Sunday that ‘please you can’t stay here any longer’. May be because of that Sunday didn’t inform me.

“On Monday, I heard Sunday was at the airport. I tried to call him that he was not supposed to be at the airport because Nigeria already wrote a letter to Interpol.

“Immediately, I tried to call someone at the airport to tell him to leave the place, five minutes later, I was notified by my sources in the criminal police that they arrested one Nigerian. I asked what the name was and my source told me; Sunday Adeyemo. I shouted. I asked why they did that and they said it was an order from above.”