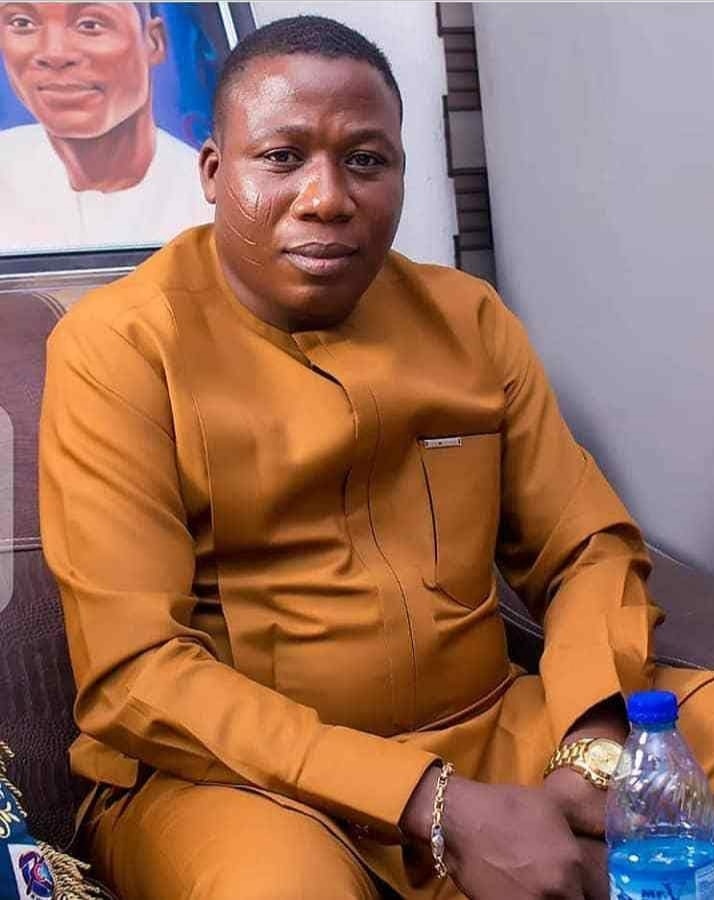 As the Nigerian Government push for his extradition from Benin Republic, Sunday Adeyemo also known as Sunday Igboho, is strategically plotting moves to frustrate such plans.

Recall that Igboho was arrested with his Germany-based wife, Ropo, at the airport while trying to catch a flight to Germany on Monday.

In a ruling on Thursday, the Cour De’appal De Cotonou ordered that Ropo should be released unconditionally as there were no charges against her.

While Igboho, who is being tried for migration-related issues after he was allegedly caught with a fake Beninese passport at the airport, should be remanded in detention.

According to ThePUNCH, the Yoruba nation agitator is now asking the Benin Republic authorities to grant him political asylum.

“He (Igboho) was already at the airport with a passport. The immigration officers suspected his passport to be fake and so they stopped him. A passport was allegedly forged for Igboho in the Benin Republic for the purpose of the Germany trip. At the airport, they discovered he was the one,” a source revealed.

The source disclosed that lawyers of Sunday Igboho had filed an application for the activist as a political refugee in Germany, adding that they have also filed another application for asylum for him in Benin Republic.

“Igboho has already applied for asylum in Germany and he hopes to file a similar application in Benin Republic in the coming days,” the source said.

Speaking further, the source stated that authorities of Benin Republic may drop the migration-related offences brought against Igboho over alleged forgery of passport.