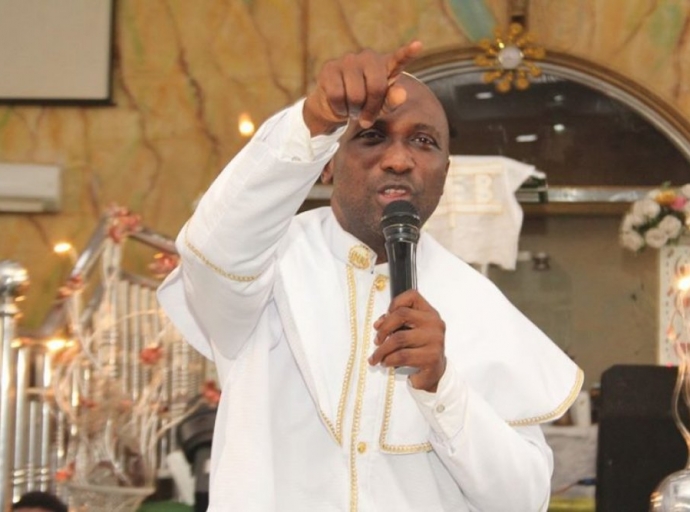 Primate Ayodele made the remark while stressing that Igboho would regain his freedom.

The clergyman said although he is against Igboho’s agitation, the freedom fighter has done nothing wrong.

Primate Ayodele also urged the Federal Government to tread softly on Igboho’s case, so it would not miscalculate.

According to Ayodele: “Sunday Igboho will still be set free, he has done nothing wrong, He is only being witch-hunted.

“I am not supporting Sunday Igboho to cause division in Nigeria, I just want the FG to tread softly on Sunday Igboho so they won’t miscalculate.”

“Either they arrest Sunday Igboho or not, I don’t see Nigeria being together as one in the nearest future as I had said, though it won’t be Sunday Igboho that will actualize it.

“How many Fulani or northerners have been arrested despite the fact that they showed in public that they have ties with terrorists,” he said.

Igboho, who has been agitating for Oduduwa Republic, was arrested in Cotonou, Benin Republic by security operatives.

His arrest followed a decision by the Department of State Services, DSS, to declare him wanted.

DSS declared Igboho wanted after a cache of weapons were discovered in his house in Ibadan, Oyo State, after a raid.